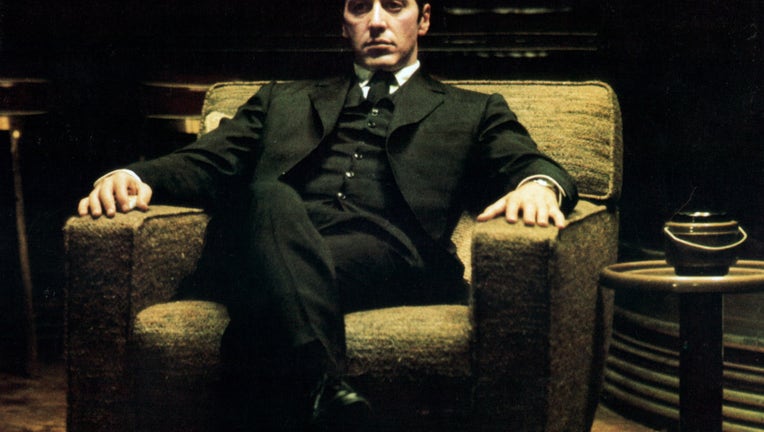 Al Pacino sits in a chair in a scene from the film 'The Godfather: Part II', 1974. (Photo by Paramount/Getty Images)

LOS ANGELES - “The Godfather Part III” will make a return to theaters this December with an entirely new ending, Variety reports.

The conclusion to the epic trilogy has long been viewed by fans as a disappointment within the franchise compared to the first two films, receiving a 69% on Rotten Tomatoes.

The refurbished edit will be renamed “Mario Puzo’s THE GODFATHER, Coda: The Death of Michael Corleone.”

“The new title is an acknowledgment of Mario’s and my preferred title and our original intentions for what became 'The Godfather: Part III,'" film director Francis Ford Coppola told Variety.

“For this version of the finale, I created a new beginning and ending, and rearranged some scenes, shots, and music cues. With these changes and the restored footage and sound, to me, it is a more appropriate conclusion to ‘The Godfather’ and ‘The Godfather: Part II’ and I’m thankful to Jim Gianopulos and Paramount for allowing me to revisit it.”

According to Paramount Archives, the legendary director undertook a frame-by-frame restoration of the original film to create the new release.

“Mr. Coppola oversaw every aspect of the restoration while working on the new edit, ensuring that the film not only looks and sounds pristine, but also meets his personal standards and directorial vision,” said Andrea Kalas, senior vice president of Paramount Archives.