AUSTIN, Texas - The Trail Foundation (TTF) is looking for artists, designers, and other creatives who are interested in writing a new chapter for public art along the Butler Hike-and-Bike Trail as part of the Trail’s Arts + Culture Plan.

The project, titled "Common Waters", will merge artistic components with ecological function. Three artists will be paid $5,000 to collaborate on the design and installation of floating wetlands on Lady Bird Lake in spring 2022, according to a press release from the city. 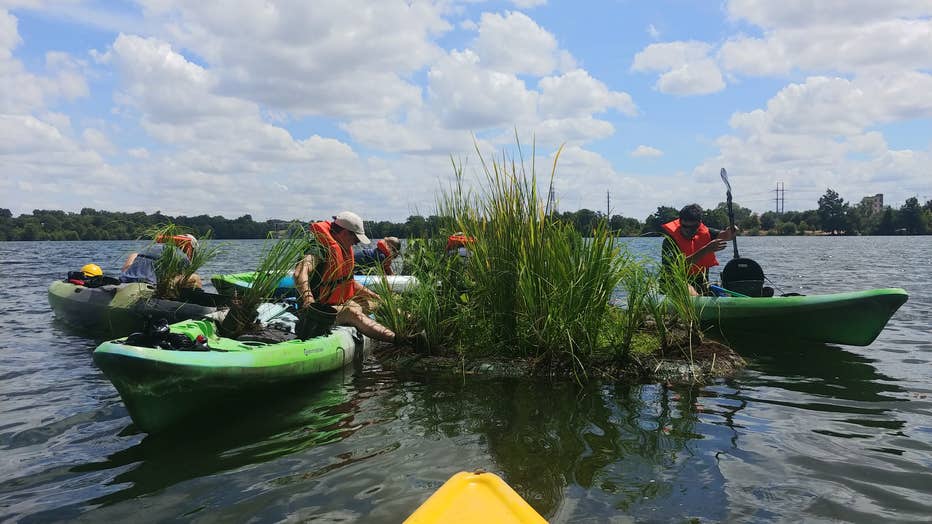 This project is part of TTF’s ongoing process of creating an Arts + Culture Plan for the Trail in partnership with Austin Parks and Recreation and City of Austin Art in Public Places. (City of Austin)

Applications are open to artists, designers, and creatives who live in Austin or have lived experience in the city. TTF says it will be prioritizing the selection of people who identify as traditionally non-white (Black, Chicano, Hispanic, Latino, Asian American, Indigenous).

This call is for (but not limited to) visual, literary, spoken word, music, sound design, performance, dance, textile, and environmental arts backgrounds; designers in the fields of environmental, fashion, graphic, industrial, and similar design fields; as well as people who practice creative cultural traditions.