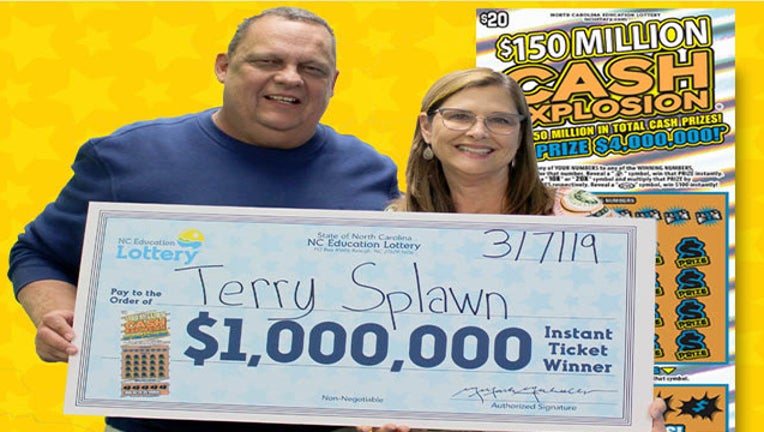 Terry Splawn (left) of Concord said he’s still in shock after he purchased a $1 million lottery ticket for the second time in two years.

CONCORD, N.C. (FOX 46 CHARLOTTE) - A Concord man says he's still in shock after he purchased a $1 million lottery ticket for the second time in two years.

“What are the odds of this happening?” Splawn said. “I can’t believe I won the lottery not once, but twice!”

Splawn said first run in with good luck happened in April 2017 when he bought a Millionaire Bucks ticket from Sam’s Mini Stop on Old Charlotte Road in Concord. The second happened Wednesday, less than two years later, when he bought a $150 Million Cash Explosion scratch-off ticket from the same store.

“I was surprised,” Splawn said. “I couldn’t believe I hit again. I just thought, ‘This can’t be happening.’”

“My wife spent most of the last prize remodeling our home,” Splawn said. “I’m keeping this one. I’m going to put it aside for a rainy day.”