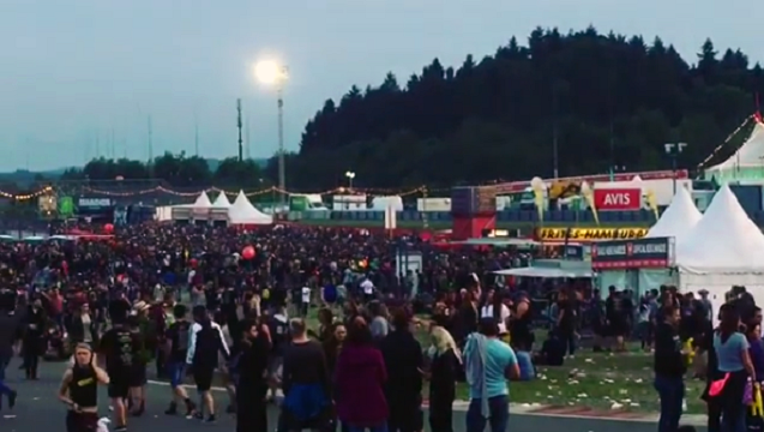 NÜRBURG, Germany - Tens of thousands of music fans have reportedly been evacuated from a music festival in Germany late Friday evening after German officials received a "concrete" terrorist threat.

Rhineland-Palatinate government spokesman Joachim Winkler told the dpa news agency that there were tips of a possible terrorist attack and that the Rock am Ring festival was shut down on its opening night as a precaution.

According to the Rock am Ring music festival’s Facebook page, “a terrorist threat the police have advised us to interrupt the festival.”

Those at the festival were asked to evacuate the Nürburgring, a motorsports complex which can hold up to 150,000 attending a festival such as this one, located in the town of Nürburg, Rhineland-Palatinate, Germany.

Those at the festival reported seeing a near army of police officer and emergency officials flooding into the area. One person on social media noted that they have never seen so many ambulances in one place before this.

It wasn't immediately clear how many fans were in attendance, but some 90,000 were expected by the end of the weekend at the annual three-day event outside the western town of Nuerburg.

The festival grounds were clear by 9:30 p.m., about a half hour after people were told that they were going to have to leave

The German band Rammstein was the Friday night headliner, but hadn't yet started playing.

Organizer Marek Lieberberg told journalists at the scene that he hoped the annual three-day festival would be able to resume Saturday as planned, but that it was not yet clear.

No word from police on if anything credible has been found.

Following the recent attack in Manchester outside a concert, organizers had instituted strict security controls including body searches, while backpacks and bags were banned. Some 1,200 police were to be on hand for the event, in uniform and in plain clothes.

Germany has been on alert since a number of violent attacks last year, including the truck attack on a Berlin Christmas market that left 12 victims dead and dozens of others injured. The attack, carried out by a young Tunisian man who had been denied asylum in Germany, was claimed by the so-called Islamic State group.

The U.S. State Department has issued several travel advisories for citizens traveling to Europe this summer following those attacks.