Students at three Dallas ISD schools will go to class on a different campus for the rest of the school year. Steven Dial explains.

DALLAS - At least three Dallas ISD schools will not reopen this school year due to damage caused by Sunday's severe storms.

There were at least three confirmed tornadoes that touched down in North Texas Sunday night. Authorities are still out assessing the damage caused by the storms.

Students from Walnut Hill will be moved to Tom Field Elementary School, a campus that was closed last year. Dr. Hinojosa said that will likely be their location for the next year and a half. The change takes effect on Wednesday.

Dallas ISD has closed six schools because of damage from Sunday night's storms. Walnut Hill Elementary may be a total loss.

Students and staff from Cary Middle School will be split between Medrano Middle School and Franklin Middle School, depending on where the students live. School officials will be notifying students and parents to let them know which school they will need to report to on Wednesday.

Thomas Jefferson High School also received heavy damage, but not as much as the other schools. A structural engineer will have to determine if the campus can be salvaged or if it will be a total loss. If Thomas Jefferson is structurally sound, it could reopen as soon as next August.

In the meantime, students from Thomas Jefferson will have to report to Thomas Edison High School in West Dallas beginning on Wednesday.

The following schools were only closed due to power outages. Classes at these campuses will return on Tuesday, Oct. 22:

Dallas ISD will make a decision by 4 a.m. on Tuesday if the following schools will reopen if they have power restored:

Aaron Quezada, a teacher and soccer coach at Jefferson High School, had to see the damage to his school for himself.

“The field, this is where a lot of our memories were formed,” he said. “Seeing it in this stage, it's sad."

Quezada is also an alumnus of Thomas Jefferson.

“It is almost to the point you don't want to see what's inside,” he said.

Quezada says Homecoming was supposed to be this week.

“Timing is horrible,” he said. “This Saturday, Fidelity volunteers decorated the school. Less than 48 hours, this happened. It’s very devastating.” 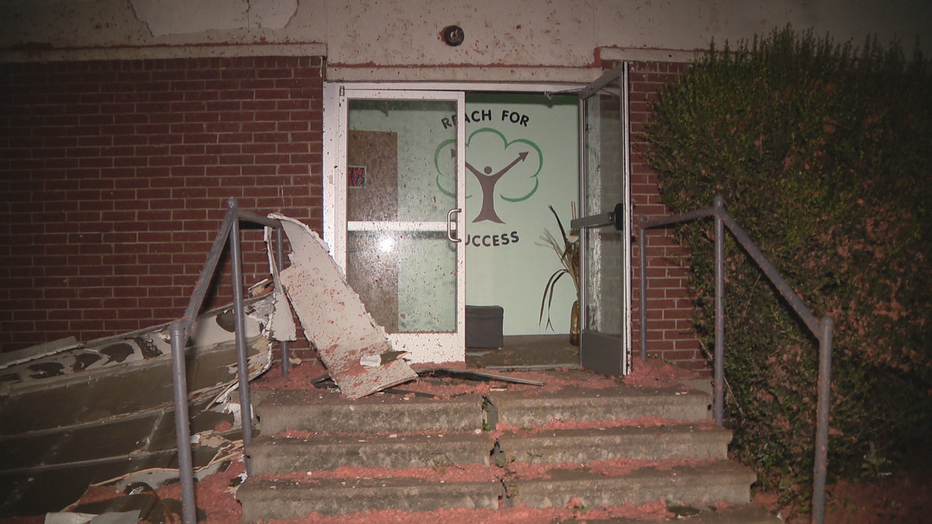 Now, just getting the basics, like mail and electricity, will be a challenge.

Jay and Gina Hunt had hoped their son, Ace, would attend the Blue Ribbon school across from their home in a year.

“I had an uncle who went to this school 45 years ago,” Gina said. “We were excited about the possibility of him going to school here.”

The tornado destroyed portables at Walnut Hill and Cary, leading to an observation from one Dallas councilman.

“Devastation to the portable buildings,” said Councilman Lee Kleinman. “This is why we shouldn't have our kids in portables.”

Mayor Eric Johnson was out surveying the damage Monday afternoon,

Johnson said police will be providing extra patrols for the damaged schools and neighborhoods.

“Saw Walnut Hill destroyed. Thomas Jefferson destroyed. Glad no one was hurt,” he said. “Kids weren't there, but there will be a lot of work. A costly replacement project for DISD.”

Robyn Harris, a spokeswoman for the Dallas Independent School District, talks to Good Day about school closures and plans to deal with the damage.

Dr. Hinojosa said he doesn't have an estimate on how much repairs will cost but said Dallas ISD has $600 million in reserves "for a rainy day like this."

District leaders say they are planning central locations for busses to take students fo their respective new schools for the remainder of the year.

Six schools in Richardson ISD will also be closed again Tuesday because of damage or power outages.

Late Monday night, Garland ISD said students at Williams Elementary will no longer have to be relocated to Park Crest Elementary. Instead, all classes and campus will resume to normal on Tuesday.