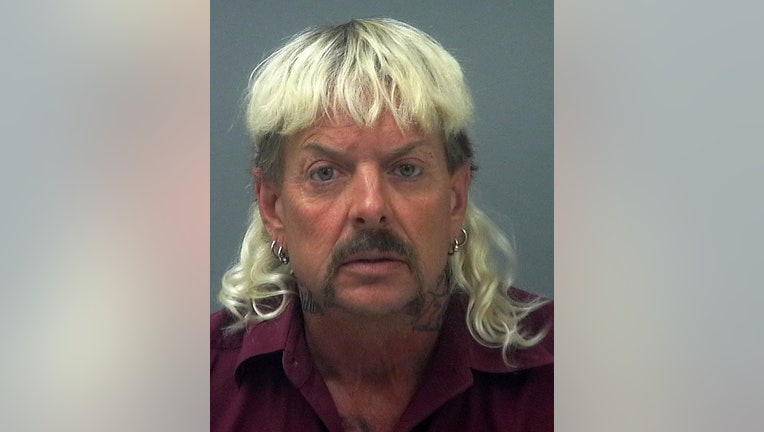 Joseph Maldonado-Passage, otherwise known as “Exotic Joe” on the new Netflix series “Tiger King: Murder, Mayhem and Madness,” has filed a federal lawsuit against a number of government agencies and his former business partner to the tune of $94 million in damages, according to a new report.

People magazine reported Thursday, citing court documents, that the former roadside zookeeper and large-cat enthusiast is seeking nearly $74 million in loss of personal property, 18 years of research, and the full care of 200 generic tigers and crossbreeds, which he claimed he conducted at the boarding rate of $60 per day, per animal.

Furthermore, Maldonado-Passage is asking for $15 million for false arrest, false imprisonment, selective enforcement and the death of his mother, Shirley, per People.

In addition, the complaint -- filed against the U.S. Department of Interior, the U.S. Fish and Wildlife Service and other government agents -- accuses the cohort of violating his civil rights, according to the outlet.

Maldonado-Passage claims in the Oklahoma court filing, in which he represents himself and also refers to himself in the third person, that he was targeted by the named government groups when tigers were added to the list of endangered species, which he alleges opened the door for them to file charges against him in order to push their alleged “animal rights agenda.”

He maintained that the tiger is a “generic animal” and shouldn’t be included, the outlet said of the lawsuit.

Maldonado-Passage also alleges in the filing that a wildlife agent “knowingly accepted statements he knew were false, allowing his witnesses to lie under oath. Misleading a grand jury and not seeking the truth to further an animal rights agenda. False arrest, entrapment, false imprisonment, all contributing to my mother’s death.”

He further claims he was a target “because [he] is an openly gay male with the largest collection of generic tigers and crossbreeds.”

Meanwhile, Jeffrey Lowe, a Las Vegas businessman and Maldonado-Passage’s former business partner, is also accused by the imprisoned country singer of making false statements to federal agents and allegedly being at the forefront of a plot to steal Maldonado-Passage’s zoo from under his nose.

“He was the main person in this entrapment scheme to take my zoo for free,” Maldonado-Passage alleged of Lowe. “Changed my medicine with illegal drugs, stole my animals under fraudulent reasons.”

The embattled zookeeper even alleged that Lowe had his mother cremated “before announcing that she had died, therefor [sic] making Jeffery Lowe the sole owner of the zoo land and all assets on the zoo land including [Maldonado-Passage’s] animals.”

For Lowe’s alleged actions, Maldonado-Passage claimed his ex-friend “had the most to gain” by Shirley’s death.

In a statement to People magazine, Lowe’s wife, Lauren Lowe, said the couple is not concerned about the suit. “He has to be approved by a judge in order for it to go through and we have been told that it has a chance of not being approved,” she told the outlet. 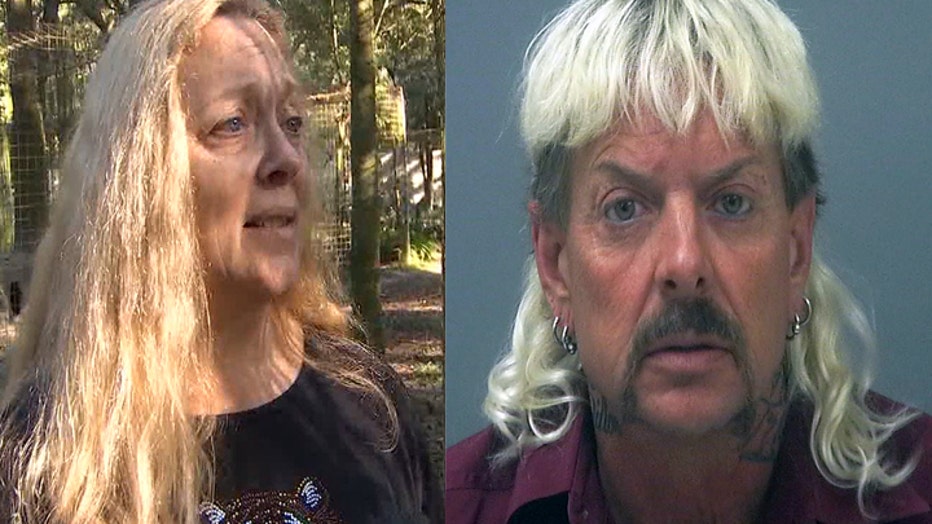 The Greater Wynnewood Exotic Animal Park founder was found guilty in 2019 of paying a hitman $3,000 to kill animal rights activist Carole Baskin, who is also a large-cat lover and operates Big Cat Rescue in Tampa, Fla. (The hitman-for-hire did not carry out the act).

A jury also convicted Maldonado-Passage of killing five tigers in order to make room for more big cats in his zoo.

Per People, he maintained in his court filing that he “humanely euthanized” the tigers because they had suffered “14 years of painful walking on declawed paws to the point that they were crippled.”

Maldonado-Passage was sentenced to 22 years in prison and is serving his time at the Grandy County Jail in Oklahoma.

The U.S. Department of Justice did not immediately respond to Fox News' request for comment.