The rapper and singer had reportedly drowned at his home in Lancaster, California, a suburb of Los Angeles.

Aaron Carter was found dead Saturday at his home in Southern California. He was 34.

Representatives for Carter’s family confirmed the singer’s death to the Associated Press. They did not provide any immediate further comment.

TMZ, who was first to report the death of the teen pop icon-turned-rapper, said Carter was found in a bathtub and that law enforcement sources said they received a 911 call about a man that had drowned.

The Los Angeles County Fire Department confirmed to FOX 11 Los Angeles that they responded to a drowning report at a home on Valley Vista Drive but could not confirm the identity of the deceased. 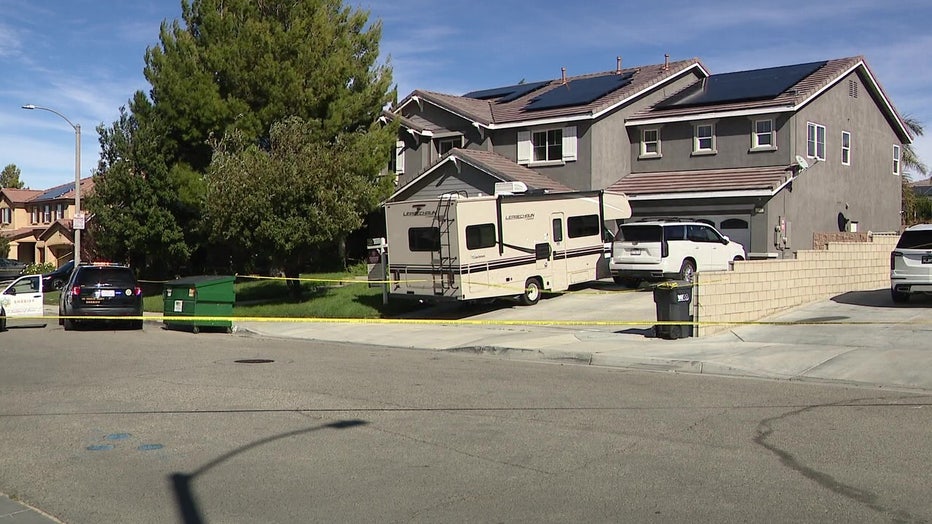 A photo of police tape outside the resident of Aaron Carter on Saturday, Nov. 5, 2022. Photo: KTTV FOX 11 Los Angeles 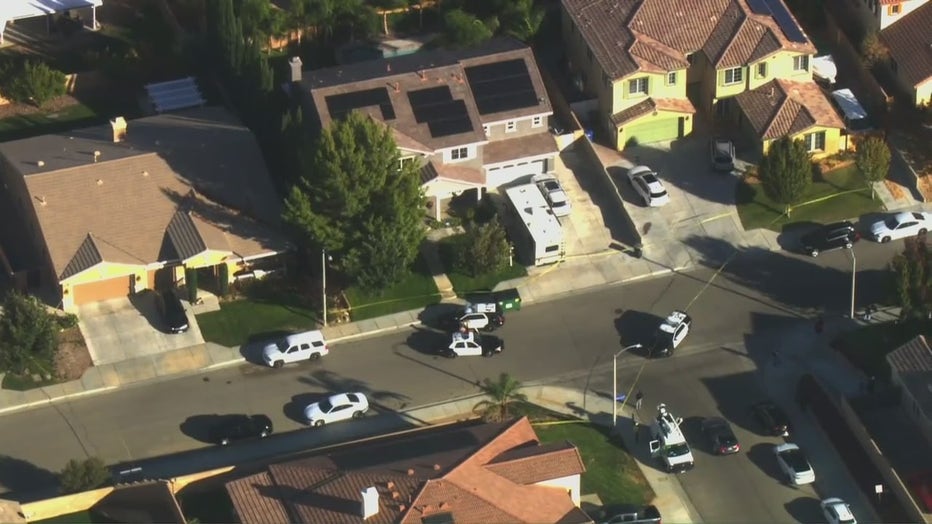 A photo of the police presence outside the residence of Aaron Carter on Saturday, Nov. 5, 2022. Photo credit: KTTV FOX 11 Los Angeles

"We are still in the process of accepting this unfortunate reality," Martin said in a statement Saturday. "Your thoughts and prayers are greatly appreciated." 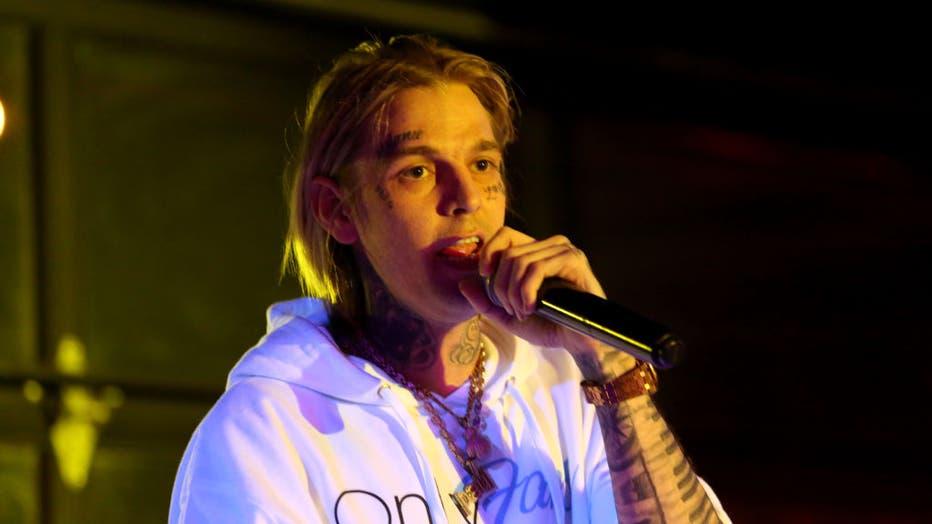 Aaron Carter was a pop icon in the early 2000s with hit songs like "I Want Candy" and "I’m All About You." His first album was released when he was just 9 years old.

He often shared the entertainment spotlight with his older brother, Nick Carter, who is a member of the popular ‘90s boy band Backstreet Boys. 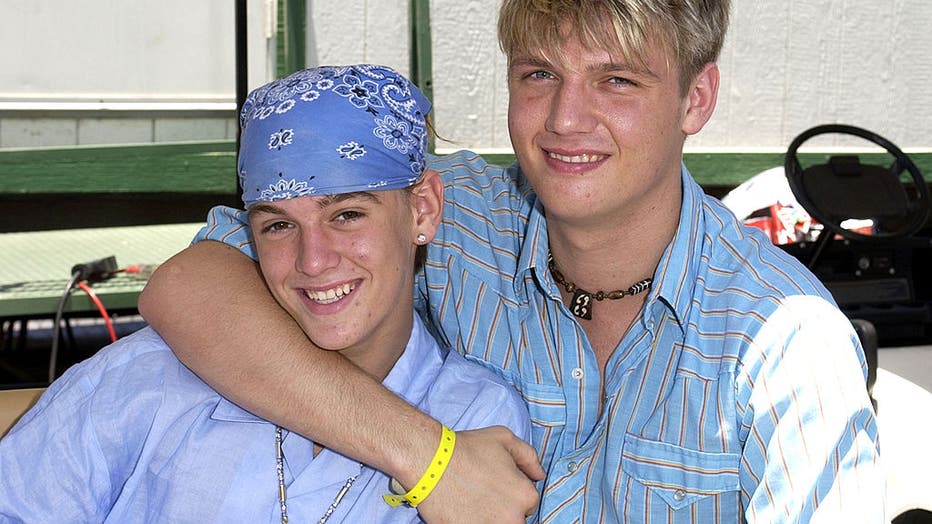 In recent years, Aaron Carter has opened up about his mental health struggles amid rumors of drug abuse.

Aaron Carter dropped to 115 pounds and was arrested for a DUI. He said in 2018 that he had been diagnosed with post-traumatic stress disorder following the sudden deaths of his father and his sister. Leslie Carter died at age 25 in 2012 of a drug overdose. Their father, Robert Carter, died in 2017.

In the months following his father’s death, Aaron Carter admitted to taking a mixture of benzodiazepines and opiates to alleviate his stress and anxiety. Then, he and his girlfriend were arrested on DUI and drug charges in Georgia. Aaron Carter was accused of drunken driving and possession of less than 1 ounce of marijuana and paraphernalia.

That same year, he was in rehab and opened up about his substance abuse on an episode of "The Doctors." He checked himself in for treatment on a few occasions in an effort to regain custody of his son Prince.

Around the same time, he shared that he was being body shamed and bullied on social media.

He revealed on Twitter: "I’m entirely hurt by a so-called fan that I just encountered she wasn’t realizing I was listening, she said I look like I have cancer ... This is body shaming. You guys are bullying me. I’ve already adressed my medical issues. #bodyshaming ...

"I’ve literally had the hardest week of my life, my dad past away my late sisters birthday anniversary was June 6th & people #BodyShame me ... I’m sorry I’m not fat enough. For my fake fans. (sic)"

His father and sister were also publicly known from the family’s 2006 E! reality series, "House of Carters." It lasted for one season and also featured other Carter siblings B.J. and Angel. 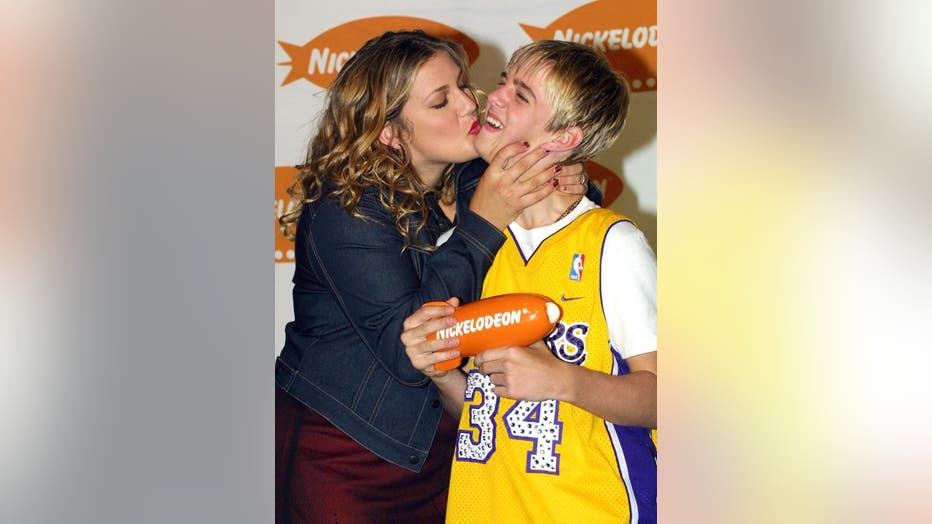 Tension between the Carter siblings often made headlines.

In 2019, Nick Carter filed for a restraining order against Aaron Carter, claiming his brother threatened to kill his pregnant wife and unborn child. In a Sept. 2019 tweet made by Aaron Carter, he claimed he hadn't seen his brother in four years. That same year, Aaron Carter said he was diagnosed with schizophrenia and bipolar disorder.

Aaron Carter also earned acting credits through his appearance on television shows including "Lizzie McGuire." He was on a season of "Dancing With the Stars" in 2009, finishing in fifth place with partner Karina Smirnoff. He was featured on the Food Network cooking show "Rachel vs. Guy: Celebrity Cook-Off" in 2012.

He made his Broadway debut in 2001 as JoJo in "Who in Seussical the Musical."