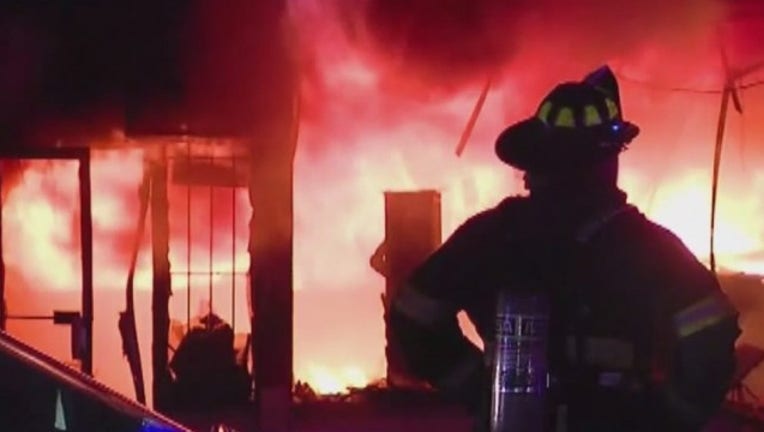 SEATTLE (AP) — A toddler who died in a house fire was found with his dog and teddy bear next to him and authorities believe the dog tried to protect the boy, a spokesman for Spokane's fire department said Saturday.

The dog, a terrier mixed breed, also died in the fire that broke out at about 11:30 p.m. Friday, said the spokesman, Brian Schaeffer.

Three other children and two adults escaped the blaze in Spokane's Hillyard neighborhood, he said.

The dog stayed behind in an attempt to protect the boy, firefighters believe, and the fire was so intense that it melted the metal on the frame of the boy's bed, Schaeffer said.

Jerry Atabelo, who lives across the street, told The Spokesman-Review (http://bit.ly/2dy1IDv ) he saw the flames and heard screaming as he was getting ready for bed. He yelled for his wife to call 911 and ran outside to hook up his 150 foot water hose.

As people screamed that a child was still in the house, neighbors dragged the hose across the street and sprayed water through a window to try to put out the fire, Atabelo said.

The battery in the house's smoke detector had been removed and it was not working, Schaeffer said.

The cause of the fire is under investigation and police are investigating the child's death.

Information from: The Spokesman-Review, http://www.spokesman.com