Video captures a tornado in Elgin, Texas. It was one of several tornadoes that touched down in Central Texas. Video courtesy Cheryl Riggs via Storyful.

ELGIN, Texas - Multiple tornadoes were reported across Central Texas on March 21 and Elgin was one of the cities hit. Power outages and major damage have been reported and Bastrop County officials say one person was hurt and has a non-life-threatening injury.  Judge Paul Pape has issued a Disaster Declaration Order effective as of 8:30 a.m. on March 22.

Officials say the tornado passed south and east of Elgin.

They say responders initially identified 65 homes that have been damaged or destroyed. Multiple trees are down across the area and many power lines are down as well.

There are also multiple traffic lights flashing or out of service in the Elgin area. Officials say these should be treated as four-way stops and to expect officers to be monitoring major intersections for compliance with traffic signs and speed limits. 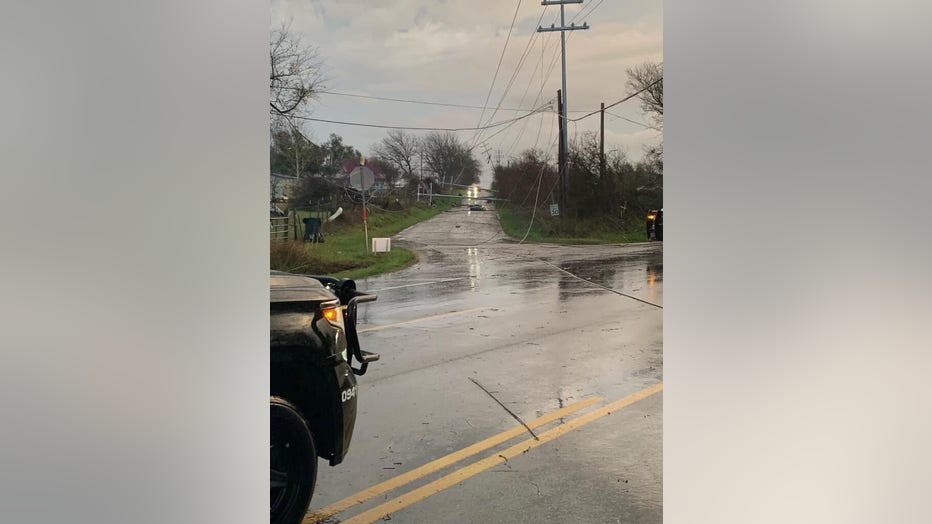 Photo of downed power lines at Gruetzner Lane near Elgin.

Officials said that 75% of Elgin was initially without power after the storm but Bluebonnet Electric said at 11 a.m. that there were 26 outages remaining affecting close to 700 people. Power has been restored to more than 400 people southwest of Luling. Bluebonnet said earlier that crews had replaced half of the reported 32 damaged poles in the area south of Elgin. It says damage is extensive and that debris in some areas is limiting access.

Cheryl Riggs captured video of the tornado and shared it via Storyful. She said in a post on social media that "We were not physically injured, but emotionally spent. The only room not damaged was the room we were hiding in."

"And now to pick up the pieces of a severely damaged house," Riggs added. 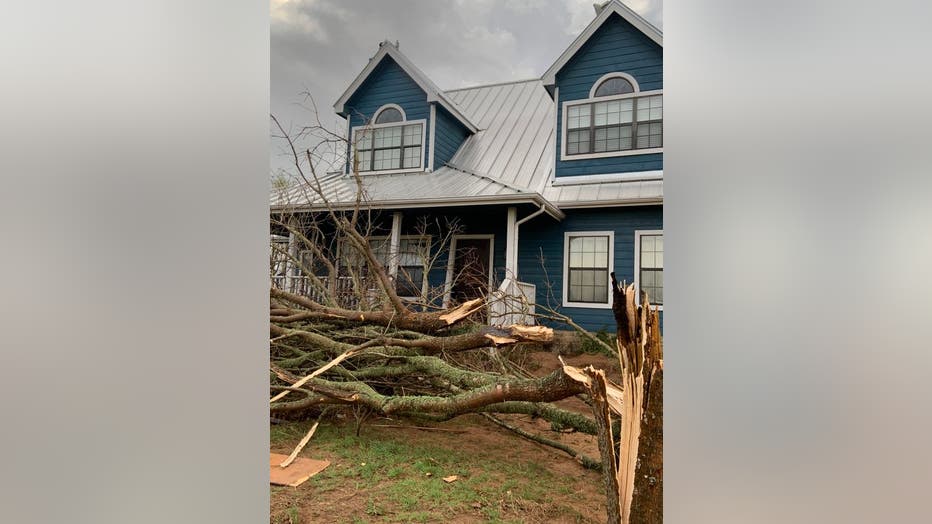 Photo courtesy Cheryl Riggs via Storyful of tornado damage at her home in Elgin on March 21, 2022.