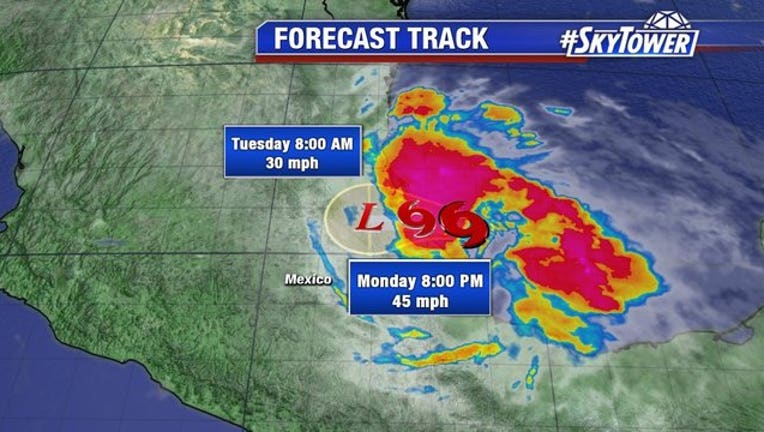 TAMPA (FOX 13) - The season's fourth tropical storm has formed in the Gulf of Mexico, but it won't threaten Florida and it won't last long. Tropical Storm Danielle is expected to move onshore along the Mexican coast tonight.

A Hurricane Hunter flight this morning found that the system had winds of 40 mph, crossing the threshold for tropical storm status, and was moving west-northwest at 7 mph.

Forecasters expect the system to make landfall as a tropical storm tonight or early tomorrow.

"Heavy rainfall continues to be the primary threat associated with Danielle," the NHC warned. "These rains could cause life-threatening flash floods and mudslides over portions of eastern Mexico during the next couple of days."

The NHC says Danielle is the earliest fourth-named storm in the Atlantic basin, surpassing Tropical Storm Debbie of 2012.