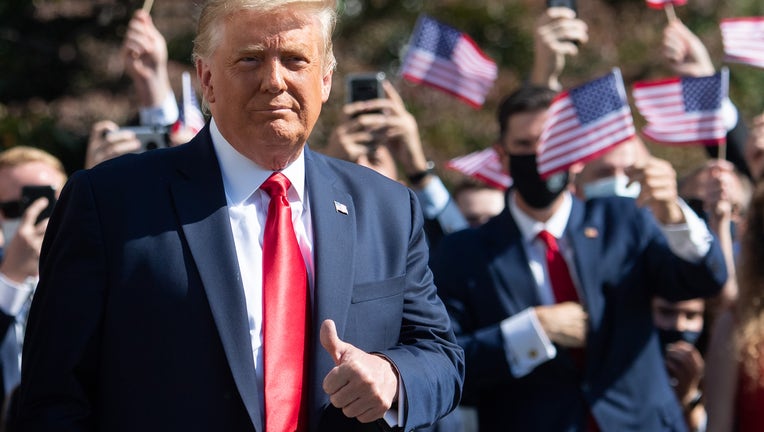 WASHINGTON - Former President Donald Trump was mysterious about his future plans in his first public remarks since leaving the White House earlier this week, but he suggested action is in the works, according to a report.

The former president was asked to comment on his next step as he sat down for dinner at the Trump International Golf Club in Palm Beach, Fla. Trump gave a short response before one of his aides told the Washington Examiner reporter to leave.

"We’ll do something, but not just yet," Trump said.

Trump arrived at his Mar-a-Lago resort on Wednesday morning shortly before President Biden was inaugurated and was spotted golfing at his club the following day. So far, Trump has given little indication about what he plans to do following his term in office.

Democratic lawmakers have moved forward with impeachment proceedings regarding Trump’s link to the Jan. 6 riot at the Capitol. Senate Majority Leader Chuck Schumer, D-N.Y., announced the preliminary schedule for Trump’s trial on Friday evening, days after House lawmakers voted to impeach the former president on a single count of incitement of insurrection.

Trial participants will be sworn in Tuesday. At that point, legal teams for both sides will begin preparing briefs and arguments for the case. Trial proceedings will begin the week of Feb. 8.

If the Senate votes to convict Trump on the impeachment charge of "inciting an insurrection," he could then be barred from running for office again in the future, dashing hopes from his supporters for a 2024 presidential bid.