The committee, at the end of what will likely be its last public hearing, voted unanimously to order former President Donald Trump to testify about his role in the Jan. 6 attack on the Capitol.

The event, set for Nov. 3 in Sioux City, the hub of Iowa's conservative northwest, comes as Trump has continued to tease interest in a White House comeback campaign as he has campaigned around the country for Republican candidates.

Returning to Iowa, where the 2024 Republican presidential caucuses are scheduled to launch the GOP nominating sequence, would likely further stoke speculation of Trump's future.

"In order to make our country successful, safe and glorious again, I will probably have to do it again," Trump said in Robstown, Texas, on Oct. 22. 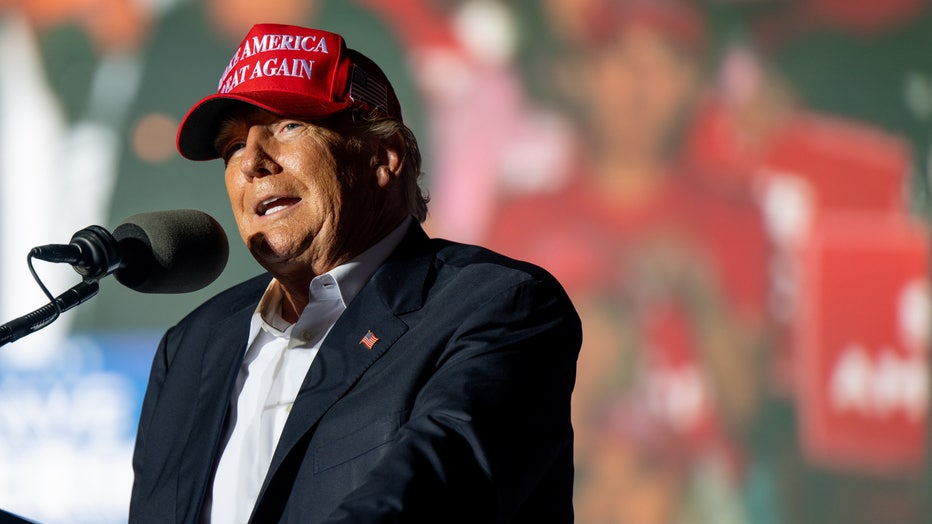 The Iowa event is part of Trump's rally tour in the home stretch of the 2022 campaign. It is also expected to include stops in Pennsylvania and Ohio.

Republican candidates in Iowa don't appear to need much of a boost from Trump.

Gov. Kim Reynolds, who has swamped her Democratic challenger in fundraising and leads comfortably in polls, is heavily favored to win her second full term. Though seven-term Republican Sen. Chuck Grassley appears to be facing his most serious challenge for reelection, the 89-year-old still leads in a race where national Democrats have spent no money advertising on behalf of retired Admiral Michael Franken.

It would be Trump's second trip to Iowa since the 2020 election, coming a year after he drew thousands to the Iowa state fairgrounds in Des Moines. It also comes as other would-be 2024 Republican contenders, including former Vice President Mike Pence and former Trump administration appointees Nikki Haley and Mike Pompeo, have visited the state on behalf of Iowa Republicans in recent weeks.