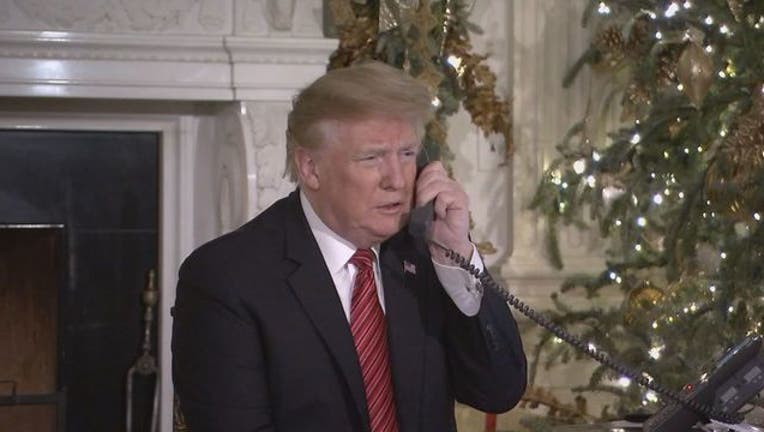 In one conversation, Trump asked a 7-year-old named Coleman, "Are you still a believer in Santa?" He listened for a moment before adding, "Because at 7, it's marginal, right?" Trump listened again and chuckled before saying, "Well, you just enjoy yourself."

Mrs. Trump told a caller that Santa was in the Sahara. Several minutes later, she reported that Santa was far away in Morocco but would be at the caller's home on Christmas morning.

Mrs. Trump later tweeted that helping children track Santa "is becoming one of my favorite traditions!"

The NORAD Tracks Santa program became a Christmas Eve tradition after a child mistakenly called the forerunner to the North American Aerospace Defense Command in 1955 and asked to speak to Santa.

The program wasn't affected by the government shutdown. It's run by volunteers at Peterson Air Force Base in Colorado using pre-approved funding.

Trump most likely would have been attending Christmas services at church near his estate in Palm Beach, Florida. But he scrapped plans to head to Florida for the holidays after parts of the government were forced to shut down indefinitely in a budget stalemate with Congress.