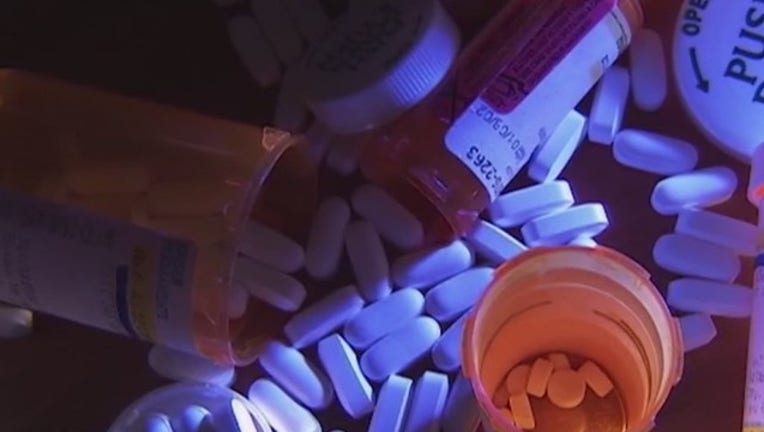 WASHINGTON (AP) - President Donald Trump's long-promised plan to bring down drug prices would mostly spare the pharmaceutical industry he previously accused of "getting away with murder." Instead he focuses on private competition and more openness to reduce America's prescription pain.

In Rose Garden remarks at the White House Friday, Trump called his plan the "most sweeping action in history to lower the price of prescription drugs for the American people." But it does not include his campaign pledge to use the massive buying power of the government's Medicare program to directly negotiate lower prices for seniors.

That idea has long been supported by Democrats but is a non-starter for drugmakers and most Republicans in Congress. Democratic Rep. Lloyd Doggett of Texas dismissed Trump's plan as "a sugar-coated nothing pill."

The administration will pursue a raft of old and new measures intended to improve competition and transparency in the notoriously complex drug pricing system. But most of the measures could take months or years to implement, and none would stop drugmakers from setting sky-high initial prices.

"There are some things in this set of proposals that can move us in the direction of lower prices for some people," said David Mitchell, founder of Patients for Affordable Drugs. "At the same time, it is not clear at all how they are going to lower list prices."

Drugmakers generally can charge as much as the market will bear because the U.S. government doesn't regulate medicine prices, unlike most other developed countries.

- A potential requirement for drugmakers to disclose the cost of their medicines in television advertisements.

- Banning a pharmacist "gag rule," which prevents druggists from telling customers when they can save money by paying cash instead of using their insurance.

- Speeding up the approval process for over-the-counter medications so people can buy more drugs without prescriptions.

- Reconsidering how Medicare pays for some high-priced drugs administered at doctors' offices.

Those ideas avoid a direct confrontation with the powerful pharmaceutical lobby, but they may also underwhelm Americans seeking relief from escalating prescription costs.

Democrats pounced on Trump for not pursuing direct Medicare negotiations, an idea he championed before reaching the White House.

"This weak plan abandons the millions of hard-working families struggling with the crisis of surging drug prices," said Democratic Leader Nancy Pelosi, in a statement.

Pharmaceutical investors and analysts expressed relief after the announcement, and shares of most top drugmakers rose Friday afternoon, including Pfizer, Johnson & Johnson and Eli Lilly.

"Trump had a choice today: to seek disruptive fundamental reform or to embrace more incremental steps," wrote Terry Haines, a financial analyst, in an investment note. "Trump chose the incremental over the disruptive."

Some parts of the plan were previously proposed in the president's budget proposal sent to Congress, including providing free generic drugs to low-income seniors and sharing rebates from drugmakers with Medicare patients. Other parts could be implemented directly by the administration.

A majority of Americans say passing laws to bring down prescription drug prices should be a top priority for Trump and Congress, according to recent polling by the Kaiser Family Foundation.

As a candidate, Trump railed against the pharmaceutical industry. But as president he has shied away from major changes and has staffed his administration with appointees who have deep ties to the industry. They include Health Secretary Alex Azar, a former top executive at Eli Lilly and Co., who joined Trump for Friday's announcement.

Azar and other Trump officials have hinted for weeks that the plan would, in part, "dismantle" the convoluted system of rebates between drugmakers and the health care middlemen known as pharmacy benefit managers, which negotiate price concessions for insurers, employers and other large customers.

Trump called out those companies in his speech: "Our plan will end the dishonest double-dealing that allows the middleman to pocket rebates and discounts that should be passed onto consumers and patients," Trump said.

Azar later told reporters that the administration would "seek input" on doing away with drug rebates in the Medicare system to encourage more direct discounts. He gave no timeframe for more concrete steps.

"It took decades to erect this very complex, interwoven system," Azar said in a briefing following the speech. "I don't want to overpromise that somehow by Monday there's going to be a radical change, but there's a deep commitment to structural change."

Public outrage over drug costs has been growing for years as Americans face pricing pressure from multiple sources: New medicines for life-threatening diseases often launch with prices exceeding $100,000 per year. And older drugs for common ailments like diabetes and asthma routinely see price hikes around 10 percent annually. Meanwhile Americans are paying more at the pharmacy counter due to health insurance plans that require them to shoulder more of their prescription costs.

America has the highest drug prices in the world.

The U.S. spent $1,162 per person on prescription drugs in 2015, according to the Organization for Economic Cooperation and Development. That's more than twice the $497 per person spent in the United Kingdom, which has a nationalized health care system.

But experts are skeptical the U.S. can pressure foreign governments to pay more for drugs.

"It's hard to know why Germany or France or Australia would agree to something like that," said Professor Jack Hoadley of Georgetown University's Health Policy Institute.

In the U.S., Medicare is the largest purchaser of prescription drugs, covering 60 million seniors and Americans with disabilities, but it is barred by law from directly negotiating lower prices with drugmakers.

Allowing Medicare to negotiate prices is unacceptable to the powerful drug lobby, which has spent tens of millions of dollars since Trump's inauguration to influence the Washington conversation around drug prices, including a high-profile TV advertising campaign portraying its scientists as medical trailblazers.

The drug industry's top lobbying arm, Pharmaceutical Research and Manufacturers of America, spent nearly $26 million to sway federal decision makers last year, according to records tallied by Center for Responsive Politics. The annual total was the group's highest since the 2009 congressional fight that led to Obamacare.

The group's chief executive, Stephen Ubl, said in a statement that some Trump proposals could help patients afford their medicines, but "others would disrupt coverage and limit patients' access to innovative treatments."