Two arrested in connection to deadly shooting outside Waffle House

Highsmith and Kelvin Robinson were found in Memphis, Tennessee by the Lone Star Fugitive Task Force and taken into custody.

AUSTIN, Texas - The Austin Police Department says two men have been arrested in connection to a shooting outside a Northeast Austin Waffle House that left 23-year-old Mario Robinson dead. 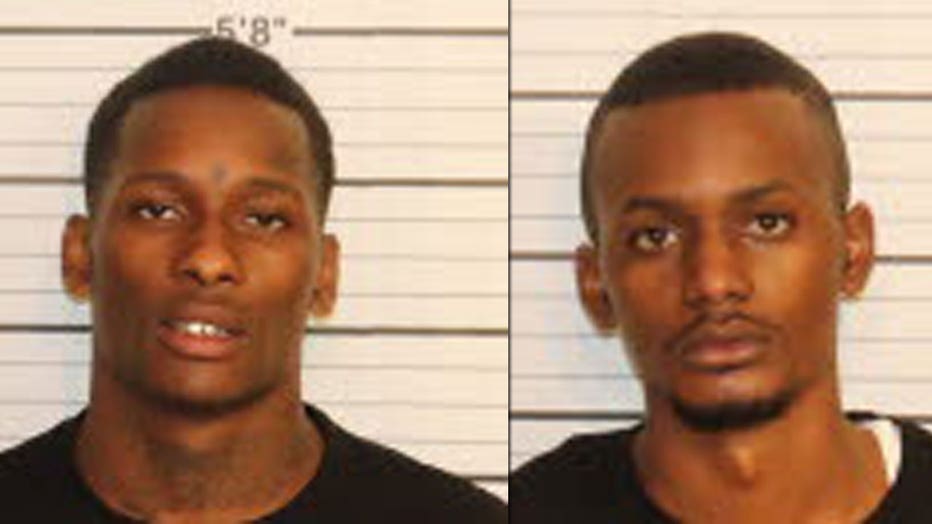 Suspects Kelvin Robinson (L) and Jalen Highsmith (R) who have been arrested for capital murder in connection to the death of Mario Robinson. (Photo courtesy Shelby County Jail)

On November 7 at around 4:38 a.m., Austin 911 received a call about a person who was shot in the 9200 block of Happy Trail. Officers arrived on scene and found Mario Robinson with life-threatening injuries. Austin-Travis County EMS arrived and performed life-saving measures but Mario Robinson died from his injuries and was pronounced dead at 4:47 a.m.

Police say preliminary information revealed that a group of friends had been out a local bar and went to the Waffle House at 8800 E. Highway 290 in two separate vehicles. The group placed their order inside before heading back to their vehicles to wait.

While waiting, police say an SUV pulled up to the group. Two men got out of the SUV, one with a rifle and the other with a handgun, and demanded the group's belongings. 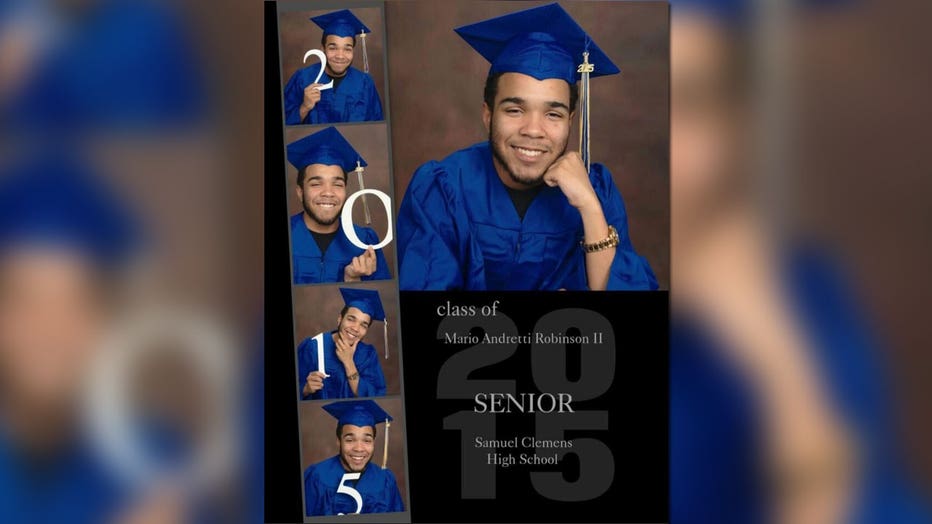 Police say the victims did not resist but that the driver of one of the group's cars tried to drive away. The suspect with the rifle fired into the vehicle and hit Mario Robinson who was a passenger. Mario Robinson was driven to a neighboring street where his friends stopped to wait for emergency personnel.

Homicide detectives continue to investigate and are asking that anyone with information or video of the incident to call APD Homicide at 512-974-TIPS; the Crime Stoppers anonymous tip line at 512-472-8477 (TIPS), use the new Crime Stoppers App, or email APD Homicide at homicide.apd@austintexas.gov. You may remain anonymous. You can also submit tips by downloading APD's mobile app, Austin PD, free on iPhone and Android.

Family of victim killed outside Waffle House sets up GoFundMe

Police say Robinson and his friend were waiting for food when an SUV pulled up and began to rob the group.

Mario Robinson's sister Jennae Ramey spoke to FOX 7 Austin and said that Mario was her protector, adding he was always there for her. "Mario was the male version of me and it's so weird to have him gone, because I don't have my mirror with me," she said.

"He made people smile, he made people laugh, he brought nothing but positivity to those around him," Ramey said.

A GoFundMe has been set up by Mario Robinson's family to help with funeral costs.