DRIPPING SPRINGS, Texas - Two have been arrested in connection with multiple vehicle burglaries in Dripping Springs.

The Hays County Sheriff's Office says deputies responded to a vehicle burglary call in the Belterra neighborhood around 2:30 a.m. on Nov. 25. The caller had seen someone trying to get into their vehicles and gave deputies a clothing and vehicle description for the suspects.

RELATED: 11 arrested in connection with 75 burglaries in Hays County

When deputies arrived, they saw a truck leaving a driveway in the area and initiated a traffic stop. The driver fled and deputies pursued. The driver eventually came to a stop, but fled on foot.

A juvenile riding in the truck fit the clothing description provided by the caller and was taken into custody. The truck was discovered to be stolen. The juvenile was charged with numerous counts of burglary of a vehicle, theft, and possession of marijuana.

During the investigation, a car was seen leaving the area that fit the description provided by the original caller and was stopped without incident. A search of the car revealed items that had been stolen in vehicle burglaries in the area. The driver was identified as 17-year-old Dominic Limas, who was arrested and charged with numerous counts of burglary of a vehicle and possession of marijuana. 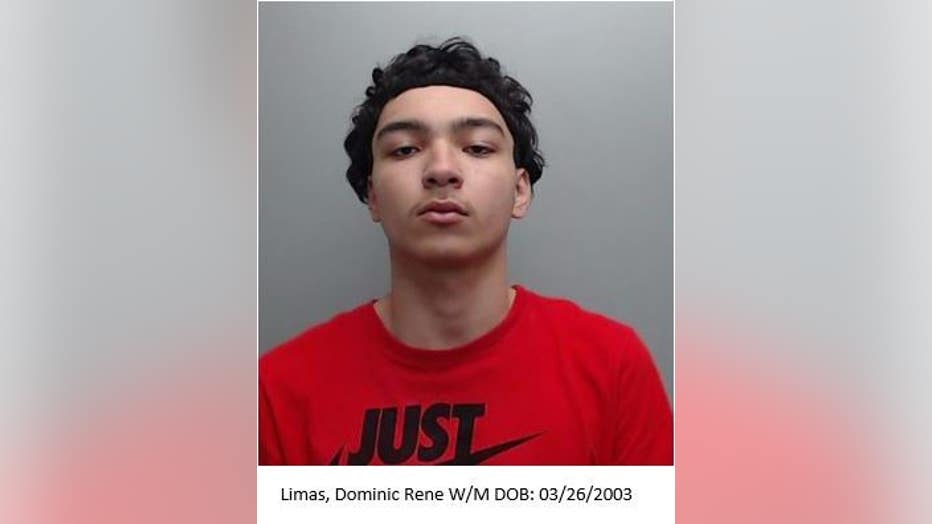 HCSO says a third suspect was involved but has not been identified. This investigation is still ongoing and more charges may be added.

Anyone with information is asked to contact Detective Brian Carpenter at the Hays County Sheriff’s Office by calling 512-393-7896 or 512-393-7814, or email at brian.carpenter@co.hays.tx.us. You can also contact Crime Stoppers anonymously by calling 1-800-324-8466 or you can submit your information on-line to Tip Line P3tips.com as well as submit a tip on the new Hays County Sheriff’s Office App.