TxDOT adds to winter weather equipment ahead of winter season

Every year, TxDOT does a debrief after a severe weather event to figure out how they can be better prepared for the next one. After last February, they decided they needed to double the number of snowplows they have on hand. Drivers are being asked to do their part to stay safe.

Taking advantage of a bright, sunny day in North Texas, TxDOT crews in Dallas are getting revved up for the winter season.

"We know the weather can change in any given moment, and we want to be prepared to tackle those winter events," said Patrick Clarke with TxDOT.

On Monday, the Dallas region began testing its fleet consisting of 184 trucks and pieces of equipment. 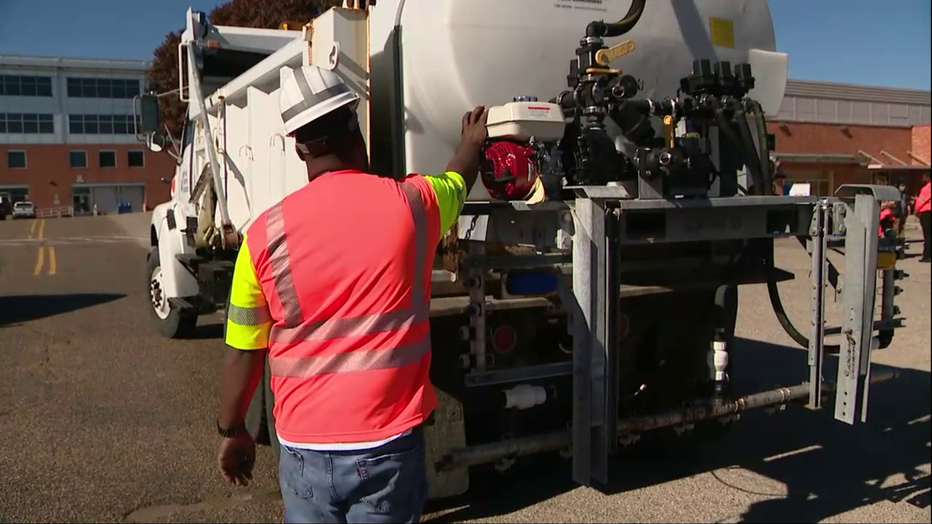 Brine, which is a salt and water mixture, is often the first line of defense. It prevents ice from bonding on the surface of the road.

"A lot of people believe if you have the brine you can speed on by. You have to still drive to the conditions and not the speed limit," Clarke said.

On Feb. 11, 2020, six people were killed in a massive pileup on southbound I-35 near the Northside Drive exit in Fort Worth.

The NTSB said the area had experienced 36 straight hours of below-freezing temperatures. Two days before the crash, workers pre-treated the lanes with a brine solution.

Three days later, many North Texans were plunged into darkness when a winter storm crippled the electrical grid.

"After last season, what we did is order more plows," said Val Lopez with TxDOT. "The plows are used for a couple of things. They can remove snow that’s accumulated on the main lane. They can also be used for de-icing."

Whether preparing for a long-distance road trip or a trek during a winter storm, Daniel Armbruster with AAA says it’s important to make sure you keep an emergency kit in your vehicle with things like warm clothes, a blanket and a flashlight with fresh batteries.

"First aid kit, it can come in handy," he said. "A tool kit, a tire gauge is something everyone should have."

Another must-have is reflectors.

"Certainly, you want reflectors," Armbruster said. "Anything that flashes that can catch people's attention so they can see you on the side of the roadway."

Armbruster recommends getting your car checked out by a trusted mechanic before you head out on a road trip.

And now is the time to put together that winter-weather kit before supplies are in high demand and may run out.