More pedestrians and more cars on the road can be a deadly combination.

AUSTIN, Texas - With spring around the corner and more of Texas opening back up, the Texas Department of Transportation is launching a new pedestrian safety campaign.

"There are going to be more people out and about enjoying the Texas weather, and that means more pedestrians on sidewalks and roadways," said Brad Wheelis, spokesperson for TxDOT.

More pedestrians and more cars on the road can be a deadly combination. "We’re using some attention-grabbing visuals to get that message across," said Wheelis.

Next week, they will have people walking around downtown Austin holding up images of faces with tire tread marks on them.

According to TxDOT, pedestrian deaths are continuing to rise and now account for one in five of all traffic fatalities. Between 2015 and 2019, 3,150 pedestrians died in traffic-related accidents.

Finalized numbers for 2020 are not available yet.

In the Austin area alone, there were more than 540 crashes involving pedestrians in 2019 which resulted in 48 deaths.

And less than three months into 2021, there have been at least four traffic-related pedestrian deaths locally, according to the Austin Police Department. 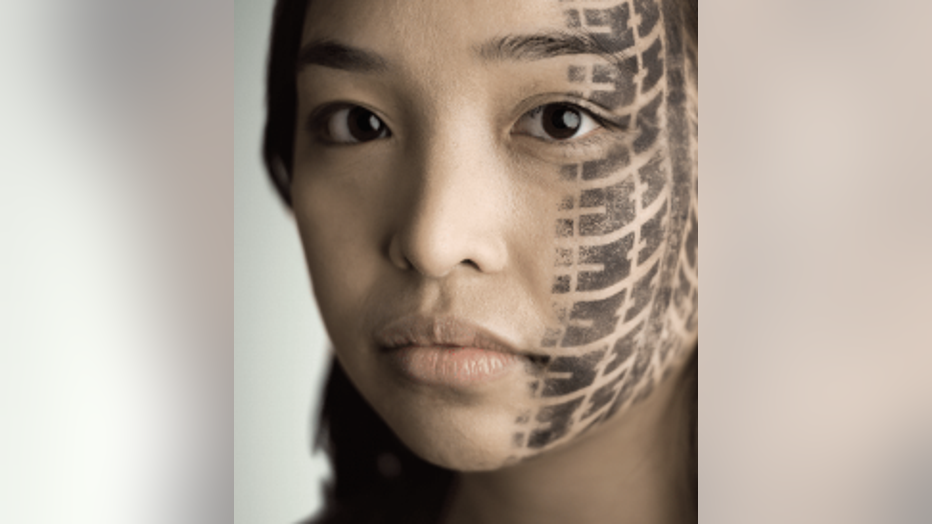 Next week, they will have people walking around downtown Austin holding up images of faces with tire tread marks on them. (TxDOT)

Across Texas, it’s a team effort to bring down those numbers. The City of Austin launched its own safety campaign in 2015 called Vision Zero. One of the safety measures involved identifying High-Injury Roadways and making improvements.

TxDOT helped with one of the other changes under Vision Zero - installing barriers on top of I-35 medians to keep people from running across.

The "Tired Faces" campaign is the latest in a series of measures TxDOT has taken to bring down traffic-related pedestrian deaths.

The "Be Safe Be Seen" initiative was launched in 2017.

Since then, more than 12,000 reflective bags have been distributed to pedestrians, including children and people experiencing homelessness. TxDOT has also partnered with more than 100 businesses along I-35 to display window clings and table tents.

Since 2015, TxDOT has also spent $153 million in federal and state funding to upgrade sidewalks, curbs, and striping.

The overall goal of these campaigns and various improvements to roads and sidewalks is to cut traffic-related pedestrian fatalities in half by 2035 and bring the number to zero by 2050. "We need to do better, and we can do better if everyone does their part," said Wheelis.

Below is a list of tips for drivers and pedestrians provided by TxDOT: