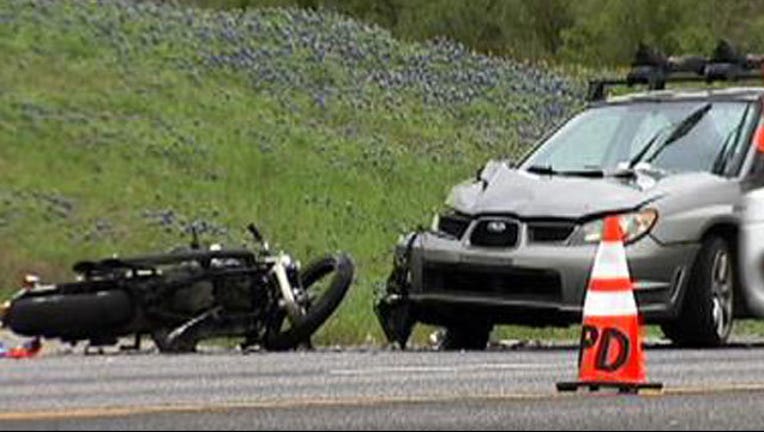 AUSTIN, Texas - It's been a deadly week on Central Texas roads. Four pedestrians were killed and Wednesday a motorcyclist died in a wreck.

Wednesday's wreck was the seventh motorcycle fatality of the year in the Austin area. Officers say the biker was heading north on MoPac and thrown off his bike at an overpass, landing onto 5th Street below.

The accident comes as TxDOT begins its "Share the Road: Look Twice for Motorcycles" campaign, as part of National Motorcycle Safety Awareness Month in May. The goal is to urge everyone to be more cautious of motorcyclists.

TxDOT is encouraging drivers to avoid distractions, keep their eyes on the road, check mirrors, and don't follow too closely.

As for motorcyclists, TxDOT urges them to watch speeds and wear a helmet.

Across the state, more than 400 motorcyclists were killed last year.

Throughout May, TxDOT will team up with local police to promote awareness and enforcement.

You can get more information about the campaign here.