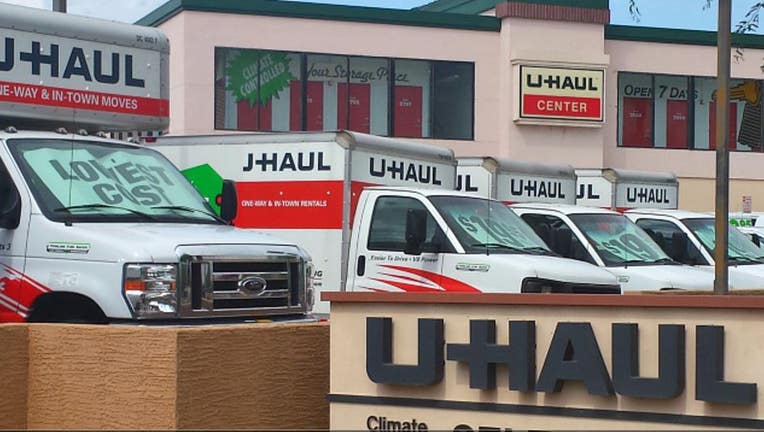 GRIFFIN, Ga. - Firefighters are cleaning up a gas spill at a business in Griffin after police say someone tried to steal fuel Wednesday morning.

The Griffin Police Department says a suspect drilled holes into the gas tanks of the parked U-Haul trucks in the area, spilling the fuel.

"While we understand that there is a shortage on gas, we also want to remind everyone to exercise safety, patience, and common sense," officials said.

Police have not said anything about any possible suspects in the reported vandalism and theft.

The incident comes as Georgia faces shortages after a ransomware attack on the Colonial Pipeline, which is based in the Atlanta suburb of Alpharetta. The pipeline delivers about 45% of the fuel used along the Eastern Seaboard and supplies Atlanta and north Georgia.

The pipeline shut down Friday after a ransomware attack by a gang of criminal hackers that calls itself DarkSide.

The possibility of shortages sent drivers running to the pumps, which caused gas stations to run out of fuel. As of 11 a.m., the website GasBuddy reports 17.45% of Georgia gas stations are out of fuel.

Officials are urging people not to hoard gasoline, saying they expected quick relief from the supply crunch.