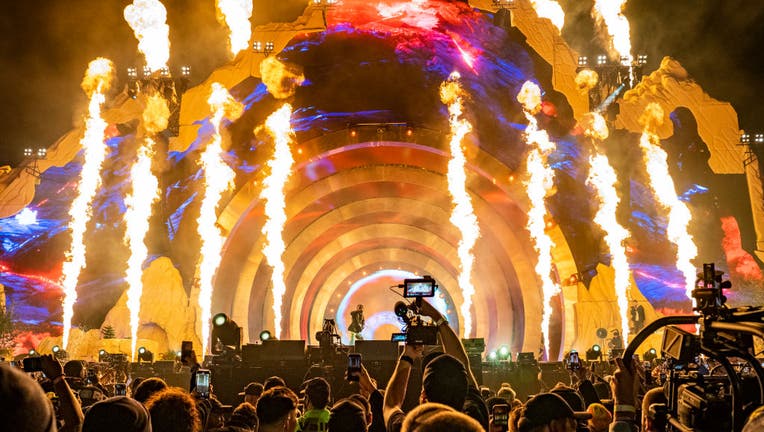 HOUSTON - A lawsuit claims that an 11th person died during the Astroworld Festival on November 5, 2021.

Shanazia Williamson and her husband Jarawd Owens of Dayton, Ohio, claimed in a new lawsuit, which was filed in December 2021, that their unborn child died as a result of the mother being "trampled and crushed (while in attendance at the festival) resulting in horrific injuries and ultimately the death of her and (her husband) Jarawd's unborn child."

Ten people were killed in the tragedy that occurred on that tragic night.

According to the Houston Fire Department, the tragedy began with reports of several people injured at NRG stadium, where Astroworld Festival kicked off day one of a two-day music event. It was a highly anticipated event as COVID-19 put 2020's festival on pause for Scott, whose real name is Jacques Webster II.

Preliminary information from HFD Chief Sam Peña was that there were about 50,000 people in attendance, and at around 9:15 p.m., the crowd began to "compress" over the stage, causing panic and people started falling out.

PHOTOS: The names, faces of lives lost from the Astroworld tragedy

It remains unclear just how far along Williamson was in her pregnancy.

The plaintiffs are seeking monetary relief significantly in excess of $1 million.

Meanwhile, a new case filing in Harris County on Monday pushed the total number of claimants to over 4,900 total individuals and revealed that over 700 attendees who sued after the festival claimed to have suffered injuries that required "extensive" medical treatment.