Sarabeth and Amelia Irwin of  Petersburg, Michigan, in Monroe County were born with their her own arms and legs and heart, but their livers were connected. 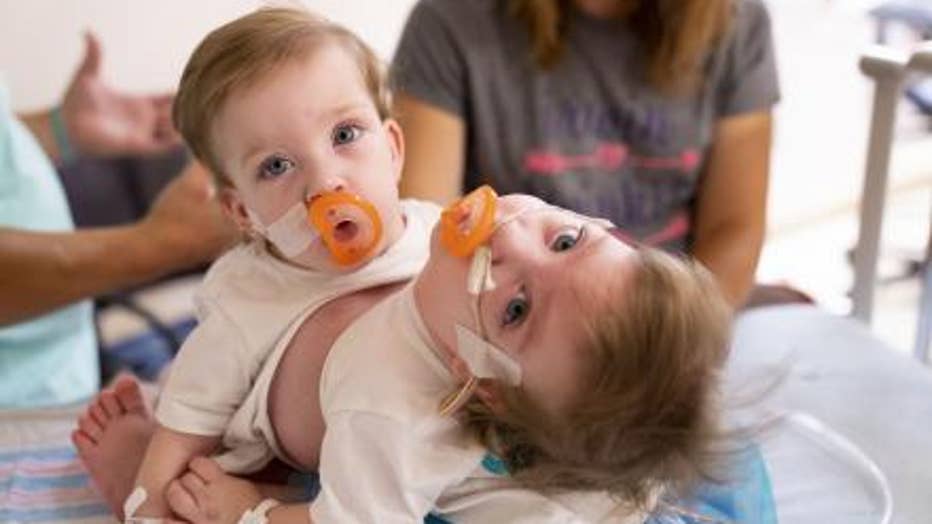 Sarabeth and Amelia Irwin were seperated after an 11-hour surgery at University of Michigan Children's Hospital. Image via mottchildren.org

The nearly 11-hour surgery to separate them was performed in August at C.S. Mott Children's Hospital. Sarabeth and Amelia are now at home.

It took two teams, 24 doctors, nurses, and other specialists who spent months preparing for the complex procedure.

"For everyone in the room, it was a very emotional and extraordinary moment when the last incision was made to separate these girls from one to two," says George Mychaliska, M.D., pediatric and fetal surgeon at Mott. "This was a monumental team effort that involved virtually every clinical department here and a group that was incredibly committed to collaborating in the most innovative way."

The parents, Alyson and Phil Irwin, learned about the conjoined twins during a pregnancy ultrasound in 2019. The Irwins knew the girls might not survive long enough for a surgery, but they did.

Phil Irwin says people need a positive story like the one about his girls.

The University of Michigan provided this video of the surgery but we want to warn you that it has graphic surgical content: