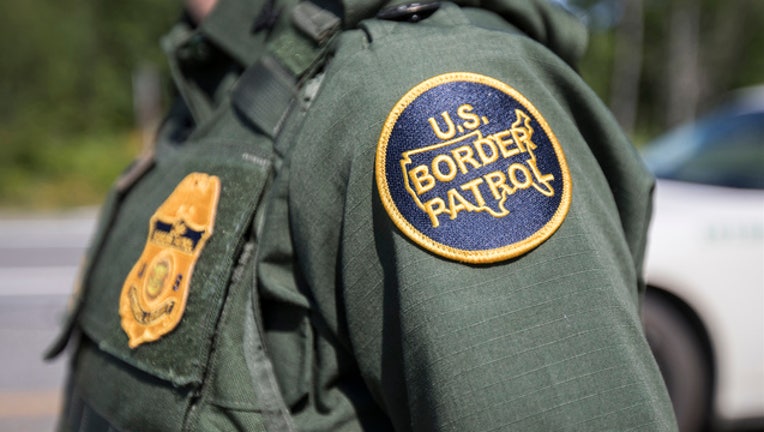 WEST ENFIELD, ME - AUGUST 01: A patch on the uniform of a U.S. Border Patrol agent at a highway checkpoint on August 1, 2018 in West Enfield, Maine. (Photo by Scott Eisen/Getty Images)

The agency said Tuesday it encountered the group early Monday west of the Lukeville crossing south of Tucson.

It says the group was comprised of 81 Guatemalans and 22 Hondurans and included 59 minors.

The migrants ranged in age from 1 to 56 years and there were eight children traveling without adult relatives.

Border agents say they have seen an alarming increase in large groups of migrants traveling in families and being left north of the U.S. border in remote, sometimes dangerous areas of Arizona and New Mexico.

The families generally seek out U.S. agents to surrender and request asylum or some other form of humanitarian protection.