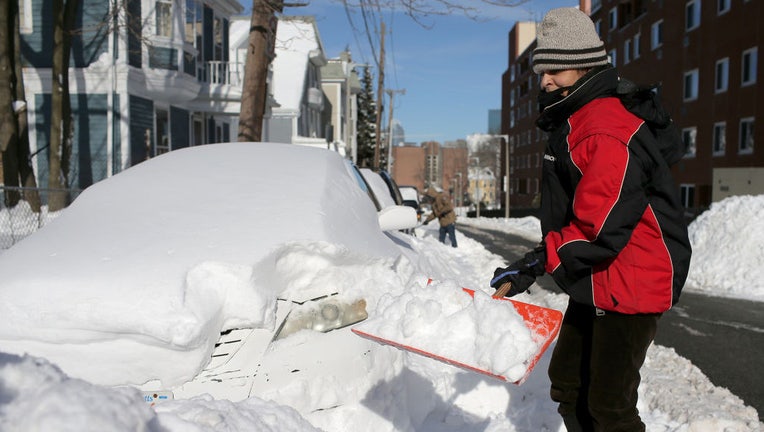 A person dug out her buried car on Highland Street in Bostons Roxbury, MA as the region digs out from a major snowstorm on Jan. 30, 2022. (Lane Turner/The Boston Globe via Getty Images)

If you hated winter the last two years, expect the same. Loved it? Get ready for more this year, thanks to the presence of a La Niña pattern for a third straight year.

La Niña happens when there is abnormal cooling of the water in the central and eastern tropical regions of the Pacific Ocean. This pattern typically creates warmer and drier conditions across the southern U.S., while colder and wetter conditions usually occur across the northern tier.

According to NOAA's 2022-23 winter outlook released Thursday, that type of weather is expected this season.

The agency's winter outlook covers the three-month period known as "climatological winter," which runs from December to February. 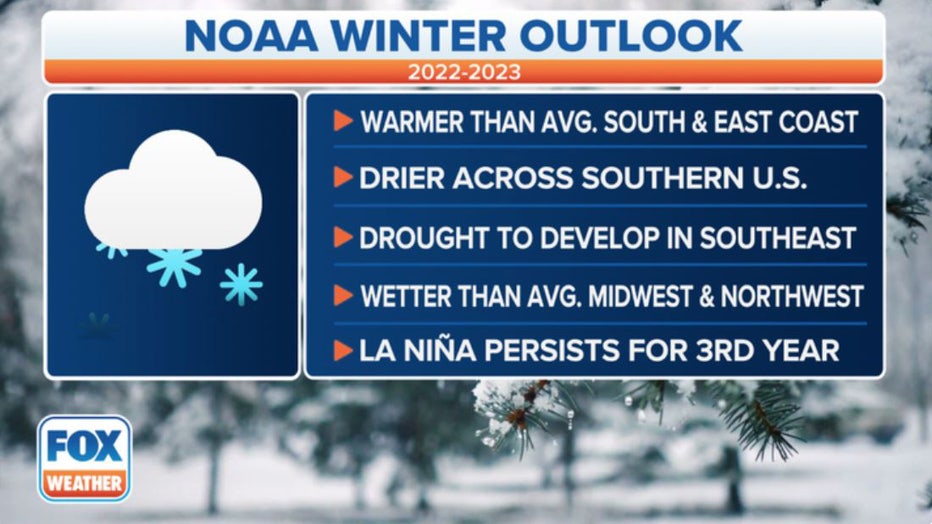 This year La Niña returns for the third consecutive winter, driving warmer-than-average temperatures for the Southwest and along the Gulf Coast and eastern seaboard, according to NOAA’s U.S. Winter Outlook (FOX Weather)

NOAA expects the greatest chance for warmer-than-average conditions in western Alaska, the Central Great Basin and the Southwest extending through the Southern Plains.

Warmer-than-average temperatures are also favored in the Southeastern portion of the U.S. and along the Atlantic coast.

Below-normal temperatures are favored from the Pacific Northwest eastward to the western Great Lakes and the Alaska Panhandle. 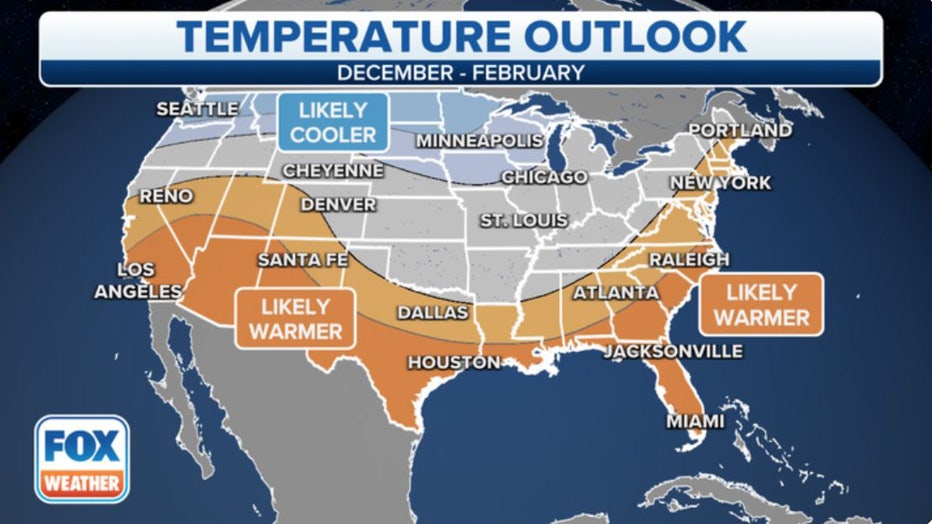 Areas to see the greatest chances for drier-than-average conditions are forecast in portions of California, the Southwest, the southern Rockies, Southern Plains, Gulf Coast and much of the Southeast.

Wetter weather is predicted across the Pacific Northwest and across the Great Lakes regions.

The remainder of the U.S., NOAA said, will fall into the category of equal chances for below-, near- or above-average seasonal total precipitation. 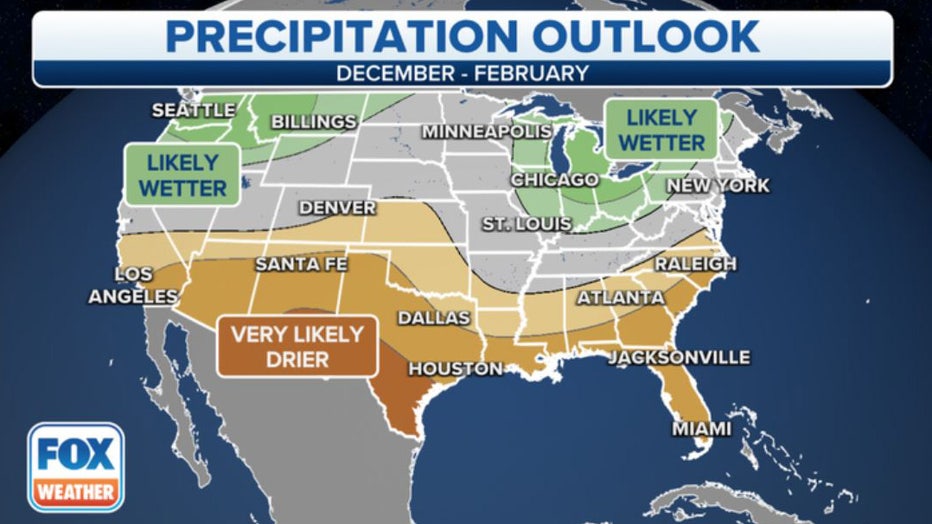 Drought conditions are present across about 59% of the country, but parts of the Western U.S and southern Great Plains will continue to be the hardest hit this winter, according to Jon Gottschalck, chief of the Operational Prediction Branch at NOAA’s Climate Prediction Center.

"With the La Niña climate pattern still in place, drought conditions may also expand to the Gulf Coast," he said.

According to NOAA, widespread extreme drought will continue across much of the West, the Great Basin and the central-to-southern Great Plains. The middle and lower Mississippi Valley are also expected to see some drought impact. Drought development is also likely to occur across the south-central and southeastern U.S.

On a positive note, NOAA said drought conditions are expected to improve across northwestern portions of the U.S. over the coming months. 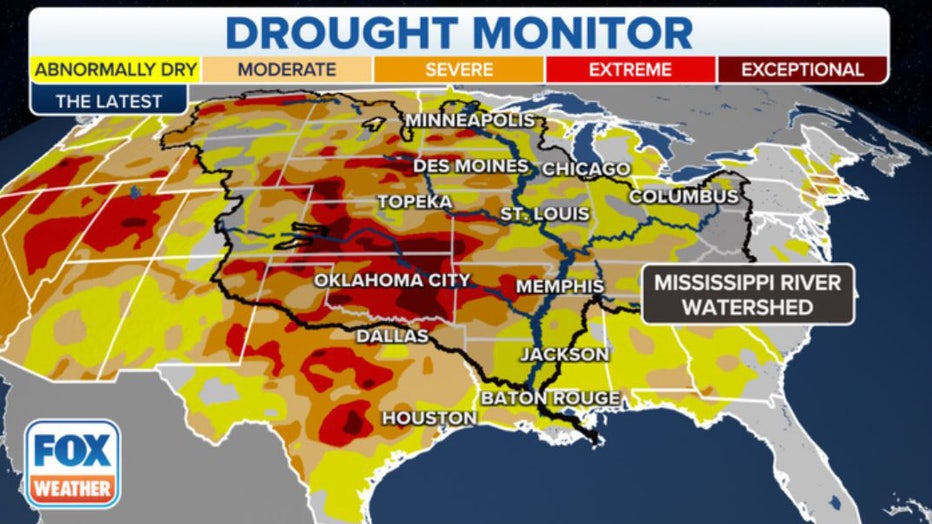 What is a La Niña?

La Niña is a cooling of the ocean that leads to below-average sea surface temperatures in the central and eastern tropical regions of the Pacific Ocean. It differentiates itself from an El Niño, which is a warming effect.

NOAA produces seasonal outlooks to help the nation prepare for likely weather and climate patterns during the next few months to help minimize negative impacts on lives and livelihoods. But just how on-target are these seasonal outlooks?

Since 1995, many of the seasonal temperature outlooks have ranged between zero and 40 on the Heidke Skill Score (HSS) – a score of 100 means the outlook was perfect. Only three times has the HSS come in at 80 or above, depicting nearly pinpoint accuracy.

In the winter of 2020-21, both temperature and precipitation outlooks came in below zero, indicating more inaccuracies than precisions in the outlook. 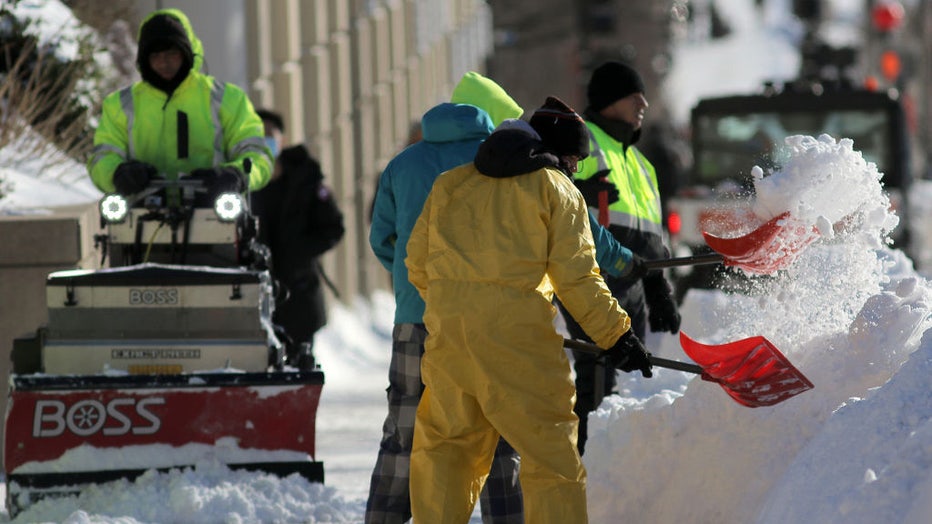 A crew clears snow from the sidewalks in front of the Boston University Fitness and Recreation Center on Commonwealth Avenue as the region digs out from a major snowstorm in Boston on Jan. 30, 2022. (Lane Turner/The Boston Globe via Getty Images)