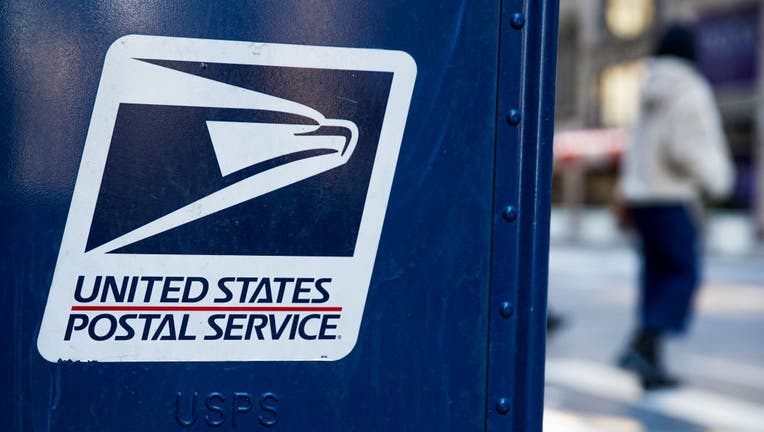 NEW YORK, NEW YORK - FEBRUARY 24: A USPS logo is seen on a mailbox on February 24, 2021, in New York City. The U.S Postal Service awarded a 10-year multi-billion dollar contract to Wisconsin-based Oshkosh Defense to replace its vehicles. (Photo by Jo

NEWMARKET, N.H. - A New Hampshire mail carrier is being hailed as a hero after she helped save an elderly woman's life once she noticed the mail started to pile up.

Newmarket Police said U.S. Postal Service employee Kayla Berridge was familiar with her customer who lived at the home.

On Thursday, Berridge noticed the mail had not been picked up in four days even though the vehicle was still at the home and the Postmaster requested a welfare check, according to authorities.

When Shonda Lemon, a USPS mail carrier, noticed that one of her customers had not picked up her mail in three days, she knew something was wrong.

"I just had a gut feeling and wanted to make sure," Berridge told WMUR. "Most people put a hold in if they're not there, so when people pick up their mail every day, you start to notice their habits."

A detective arrived on the scene and heard the elderly woman inside yelling for help. Another officer responded and was able to enter the home.

Officers found the woman trapped underneath items that had fallen inside her bedroom. Police believe she had been trapped for at least three days possibly longer.

The woman was taken to a local hospital after suffering from hypothermia and dehydration.

"It is this department’s belief that Kayla’s knowledge of the people on her route as well as her attentiveness saved the life of this resident," Lt. Wayne Stevens said in a Facebook post.