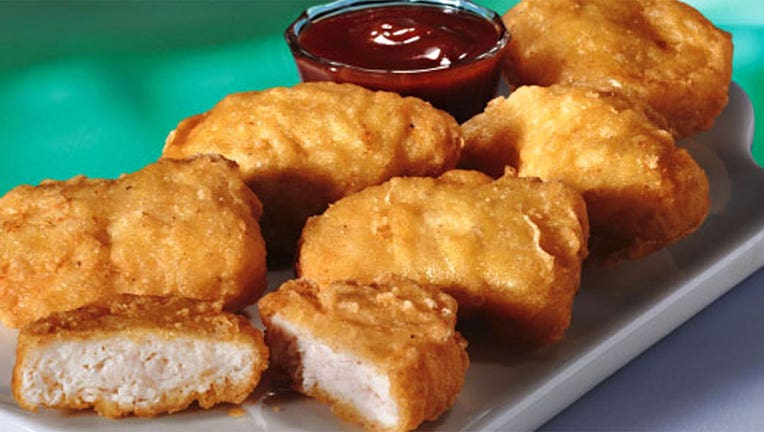 Talk about a stomach ache – and heartache.

One vegan woman who recently suffered through a mean-spirited prank at the hands of her friends turned to the Reddit community, asking users if she was in the wrong for contacting police after her pals tricked her into eating chicken nuggets in a stunt illicitly filmed and shared to social media.

On Tuesday, Redditor Veganthrowaway192847 shared her woeful tale that has since gone viral with over 31,600 upvotes to date. The author explained that she is 24 years old and has been vegan for the last decade, a dietary choice that she claims everyone in her life is well aware of.

“Four nights ago, I was at a party and I will admit, I got white girl wasted. My friends thought it would be funny to feed me chicken nuggets as a prank,” she began.

“I checked with them before chowing down, [asking] ‘Are these vegan?’ To which my friends replied ‘Yeah, they're Sunfed’ (a type of vegan chickenless chicken.) They tasted off to me but I figured it was just because I was drunk,” the writer went on. “I was wrong.”

The next day, the author’s sister told her to look at her friend’s latest Snapchat update – where she was shocked to allegedly see a video montage of her pals showing off the packaging of real-meat chicken nuggets and giving Veganthrowaway192847 the food, “including the conversation where I asked if it was vegan,” she claimed. Later on, the friends reportedly mocked their vegan pal, pretending to be her if she realized she ate meat, screaming about "the CHICKENS!”

Horrified, the Redditor recorded the video and brought it to law enforcement officials on accusations of food tampering. Now, three of her “ex” friends are facing charges, she said, polling users on the social forum community for their take on the emotional ordeal.

“In my view, they took advantage of my drunken state, tampered with my food, and publically humiliated me. In their view, it was just a prank,” Veganthrowaway192847 mused.

In a follow-up message, the writer added that she was “throwing up the next morning” after the night of the stunt, though she admittedly “also had a hangover,” so she remained unsure if it was the meat or the alcohol that caused her to vomit.

Over 6,000 comments soon poured in, with many users assuring Veganthrowaway192847 that she did the right thing by going to police. Some critics, meanwhile, felt that she had gone too far by taking the footage to authorities.

“As a chef, you never [mess] with someone’s food. Ever,” one supporter of the author said.

“Not only did they know that they were in the wrong, they were proud of tricking someone they claim to be a ‘friend’ into eating something that was morally against their code and very well could have made her VERY ill,” another echoed.

“Vegans and vegetarians genuinely do often have adverse reactions to eating meat if they’ve gone long periods without eating any,” they said. “It’s never okay to mess with someone’s dietary restrictions, self-imposed or otherwise.”

“Food tampering is a huge issue… a HUGE and deadly issue. Remember that stupid ‘Lick ice cream and put it back’ people did in super markets?” one fan chimed in. “Several people were arrested and charged for food tampering. One simple screw up, and someone can die. And [the author] could get REALLY sick as she hasn't had meat in years.”

“This is disgusting and just an all-around awful thing to do to someone. What terrible people,” another declared.

Skeptics, however, felt that the case was a bit extreme for Veganthrowaway192847 to take to police.

“You’re pressing charges over chicken nuggets. You have a moral stance against meat. That’s fine. But it’s not a life threatening allergy,” one cynic argued. “They aren’t friends. They should be ashamed. But pressing charges is just way too much.”

“What they did was vile, not sure why you call them your friends. However not something to warrant police time...” another chimed in.

“Cancel the friendship, but drop charges. It's not worth ruining someone's life over this,” one agreed.

Though the author has not yet shared the status of the police proceedings, here’s hoping she can find some new, true friends in the future.