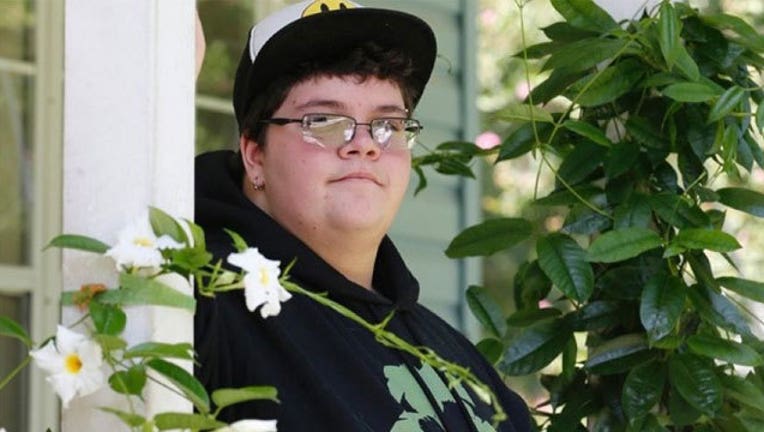 Aug 25, 2015: Gavin Grimm on his front porch during an interview at his home in Gloucester, Virginia (AP)

A Virginia school board asked the Supreme Court on Wednesday to block a transgender male from using the boys restroom when he comes back to school in September until the high court decides whether to review the case.

The Gloucester County School Board filed an emergency appeal with Chief Justice John Roberts in an attempt to prevent Gavin Grimm from using the bathroom that aligns with his gender identity when school resumes in fall, saying it will “put parents’ constitutional rights in jeopardy.”

"Depriving parents of any say over whether their children should be exposed to members of the opposite biological sex, possibly in a state of full or complete undress, in intimate settings deprives parents of their right to direct the education and upbringing of their children," attorneys for the school board wrote.

They added that it would be "natural to assume" that parents may decide to pull their children out of school because of it.

Josh Block, an ACLU attorney representing Grimm in the case, said his legal team is prepared to file a response if and when the Supreme Court requests one.

"It is sad that the school board members and their lawyers have so little regard for the impact their misguided actions are having on a real teenager's life," Claire Guthrie Gastanaga, executive director of the ACLU of Virginia, said in a statement. "We will continue to stand with Gavin and other young people suffering such cruelties and indignities."

Grimm's case is not unique: More than a dozen states have sued the federal government over its requirement that public schools allow transgender students to use restrooms conforming to their gender identity.

There are also court cases pending over a North Carolina law that requires transgender people to use public bathrooms corresponding to the sex on their birth certificate.

However, this is the first transgender restroom case to reach the Supreme Court. The ruling would decide whether prohibitions of sex discrimination extend to gender identity, according to The Wall Street Journal.

Grimm was born a female, but identifies as a male. He was allowed to use the boys restroom at the school for several weeks in 2014. But after some parents started to complain, the school board adopted a policy that forced students to use either the restroom that corresponds to their biological genderor a private, single-stall restroom.

Grimm sued the school board, arguing that it violated federal education discrimination laws by forbidding him from using the boys bathroom.

The 4th Circuit Court of Appeals sided with Grimm in April, saying the federal judge who previously rejected Grimm's Title IX discrimination claim ignored a U.S. Department of Education rule that transgender students in public schools must be allowed to use restrooms that correspond with their gender identity. The court reinstated Grimm's Title IX claim and sent it back to the district court for further consideration.

The school board wants the Supreme Court to put Grimm's district court case on hold until the justices decide whether to review the appeals court decision. The board says it plans to file its petition for Supreme Court review by late August.