The state Fire Marshall is working to determine the cause of the fire.

WALBURG, Texas - It was a group effort of small-town firefighters that helped put out a fire that could have been an even worse disaster.

The Weir Volunteer Fire Department is leading an investigation into the fire that broke out at a plastic fabrication facility in Walburg Thursday afternoon. The fire broke out yesterday afternoon and lasted for several hours as help arrived.

Corey Crew lives about a mile away from the CPI Products plant where the fire happened. In fact, he used to work there and is familiar with what's inside. 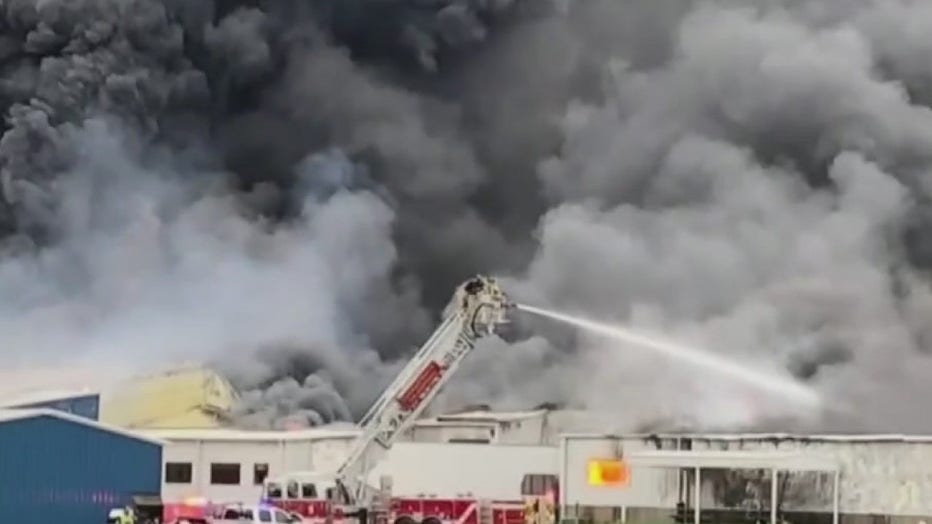 "Acetones, and resins. They build the buckets that you see on electric company trucks and cable company trucks that they get raised up in to fix light poles and the parts that go with it,” said Crew.

The fire broke out at the facility around 4:30 p.m. Thursday and a shelter-in-place was issued for residents within one-mile of the plant.

"I was coming home from work and saw a big cloud of smoke on 971, and I knew where it was coming from, I knew," Crew said, and added that the smoke was thick, and even reached his home and began plumming over this roof.

"I'm still friends with a lot of the people who work here so I was calling them making sure they got out safely. Luckily everybody was already out by the time it happened except for a few office people but once they smelled smoke, they are right there at the door,” said Crew. 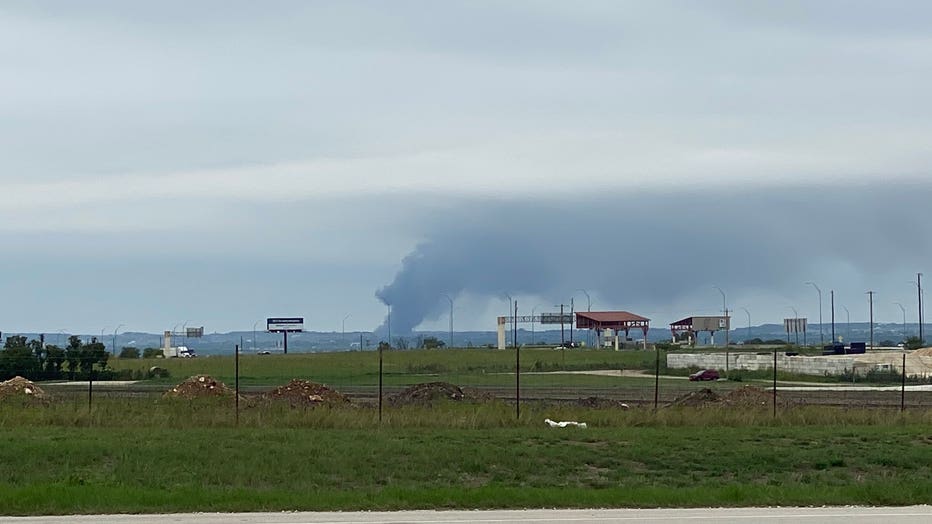 A photo of the fire at the CPI Products plant in Walburg from ten miles away. (Twitter user Chuntillo)

RELATED: Shelter-in-place lifted in Walburg after fire at plastics plant

It wasn't long before the small volunteer Weir Fire Department responded and Assistant Fire Chief Kevin Gehrig said that upon seeing the smoke and everything, they called for help from Georgetown.

However, it wasn't just Georgetown that responded, several other small departments came to help, like Coupland, Thrall and Taylor's fire departments. Gehrig says all in all, about 75 firefighters were on the scene throughout the day fighting the blaze.

"Around 10:00 it was finally out that we could send enough of the crews home and we rotated departments throughout the county to sit and watch," Gehrig said.

No one was killed or injured in the fire, and Crew says he's thankful because he knows firsthand that things could have been much worse.

"There is a building on the other side of here that houses all the chemicals, and they have propane tanks. Luckily the firefighters are good at keeping everything contained. If it had hit that chemical building it would have been a lot worse,” said Crew.

The Texas Commission on Environmental came to help with the cleanup effort, the state fire marshal is also investigating to determine the cause of the fire.