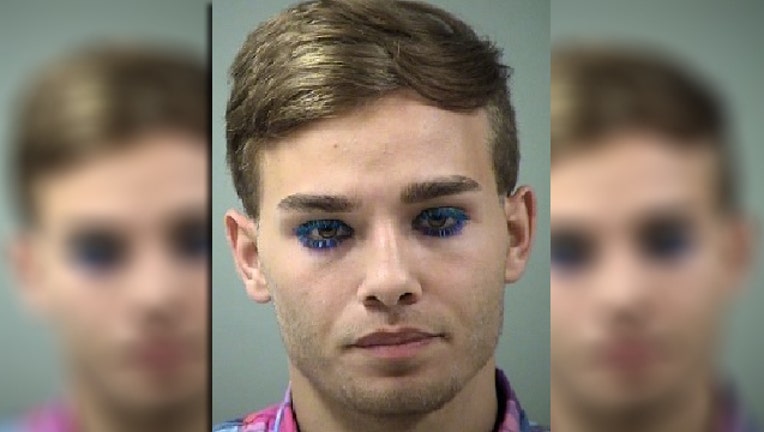 SAN ANTONIO, Texas - It might be the way his eyes seem to pop in his photo that may turn heads, but it is what police said he did that make them want to put him behind bars.

The San Antonio Police Department posted the photo of Austin Fortner to its Facebook page Wednesday afternoon and it has since gone viral.

In the post, police stated that they want Fortner on an outstanding warrant for Aggravated Sexual Assault of a Child. The circumstances surrounding the charges were not immediately available.

The San Antonio Police Department asks that anyone with information on his whereabouts to call 210-207-2313.