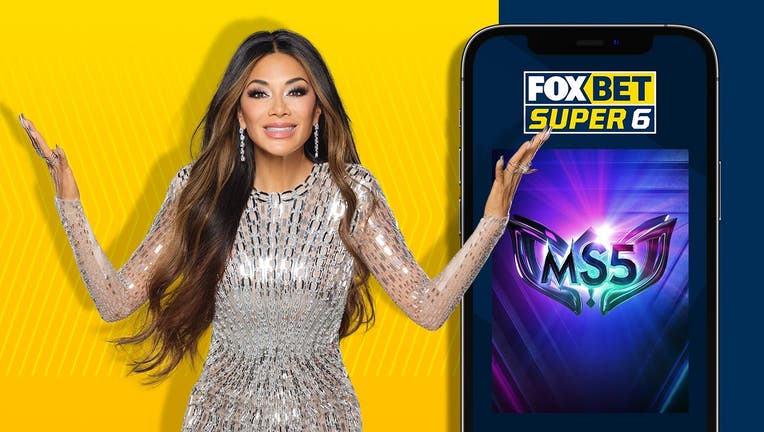 LOS ANGELES - The fifth season of "The Masked Singer" has already been jam-packed with several exciting new twists.

On last week’s season premiere, fans couldn’t hold back their amazement when the most recognizable figure in entertainment was revealed: Kermit the Frog.

Another exciting new development is the chance for viewers who watch the show to win cash.

Fans who download the FOX Super 6 app have the opportunity to answer six questions and predict outcomes for the show that night. For every correct answer, viewers will receive an entry into a prize drawing worth a total of $20,000.

Getting all six answers correct increases a participant’s chance of winning, but since the prize drawing is random, even one correct guess gives players a chance to win the big bucks.

This week, the questions may be as surprising as last week’s big reveal.

1.) Which panelist will get a first impression guess correct Wednesday night?

Jenny, Ken, Nicole, Robin or More Than One

3.) Which character will sing a country song Wednesday night?

4.) Will Cluedle Doo show up tonight?

5.) Who does Jenny think she has "the exact same voice" as?

6.) Who is going to be unmasked Wednesday night?

The upcoming season’s talent is already shining through with some serious shock value based on the costumes that have been revealed. Between the fiery Phoenix and the adaptable Chameleon, fans are already bewildered by the possibilities of who could be under the masks.

Fans now also have the chance to binge-watch all of the previous seasons of "The Masked Singer" for free on Tubi to prepare for season 5.

Download the FOX Super 6 app for your chance to win big bucks.

The contest begins each week on Monday at 8 p.m. EST. Fans will have until the close of the end of act 1 of "The Masked Singer" when it airs on Wednesday night from 8-9 p.m. ET/PT.