The Los Angeles Lakers star posted an image on Instagram in reference to Colin Kaepernick, who famously kneeled during the national anthem in protest of police brutality and racial injustice.

LOS ANGELES - Former president Barack Obama weighed on the death of George Floyd, who was killed during an incident with Minneapolis police officers on Monday, writing “this shouldn’t be ‘normal’ in 2020 America.”

“It can’t be ‘normal’ if we want our children to grow up in a nation what lives up to its highest ideals, we can and must be better,” he wrote.

Obama also called on Minnesota officials to ensure that circumstances surrounding Floyd’s death are investigated thoroughly and “that justice is ultimately done.”

Sharing a quote from an email he received from a conversation he had with a friend regarding Floyd’s death, the friend wrote “the ‘knee on the neck’ is a metaphor for how the system so cavalierly holds black folks down.”

Obama added that while so many wish for a return to normal in the face of a pandemic and economic crisis, the treatment of millions of Americans on the account of their race is an issue that is “tragically, painfully, maddeningly normal” and unacceptable.

“It falls on all of us, regardless of our race or station - including the majority of men and women in law enforcement who take pride in doing their tough job the right way, every day - to work together to create a new normal in which the legacy of bigotry and unequal treatment no longer infects our institutions or our hearts," he said. 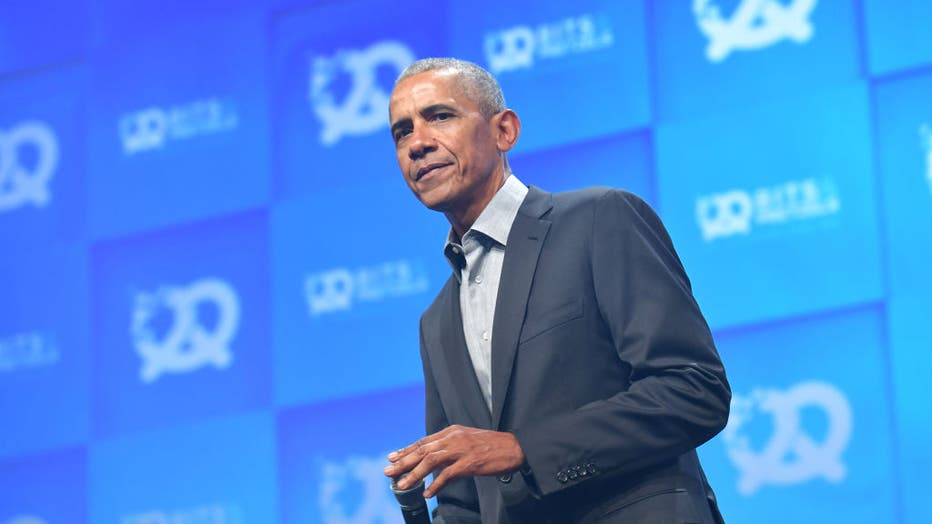 Protesters torched a Minneapolis police station Thursday that the department was forced to abandon as three days of violent protests spread across the city. Angry demonstrations also flared across the U.S condemning Floyd’s death.

In response to the protests, president Donald Trump posted a tweet saying he would send the National Guard, but the tweet was flagged for violating the platform’s rules after Trump wrote, “Any difficulty and we will assume control but, when the looting starts, the shooting starts.”

“We’ve taken action in the interest of preventing others from being inspired to commit violent acts, but have kept the Tweet on Twitter because it is important that the public still be able to see the Tweet given its relevance to ongoing matters of public importance,” Twitter said on its communications account.

NBA star LeBron James had earlier weighed in on social media, suggesting that deaths like Floyd’s were the reason why former NFL player Colin Kaepernick protested during the national anthem by taking a knee.

James posted an image on his Instagram (https://www.instagram.com/p/CAq3fpCgyve/) showing an officer kneeling on Floyd, alongside a picture of former San Francisco 49ers quarterback Colin Kaepernick kneeling before a game. The picture reads, “This… …Is Why.”

“Do you understand NOW!!??!!?? Or is it still blurred to you?? #StayWoke,” the Los Angeles Lakers player added in the caption of his post.