SAN MARCOS, Texas - A woman has been arrested for human trafficking after Hays County Sheriff's deputies investigated a complaint into a San Marcos spa.

The Hays County Sheriff's Office says that it has been investigating a complaint about the Riverbend Spa on Old Ranch Road 12 in San Marcos. Deputies learned several workers were living there and performing sexual acts for money.

On October 29, an HCSO special investigative unit along with the Anti-Trafficking Unit from the Texas Department of Licensing and Regulation and Austin refugee advocates executed a search warrant at the spa. The trafficked persons found at the spa were paired with the refugee advocates for assistance. 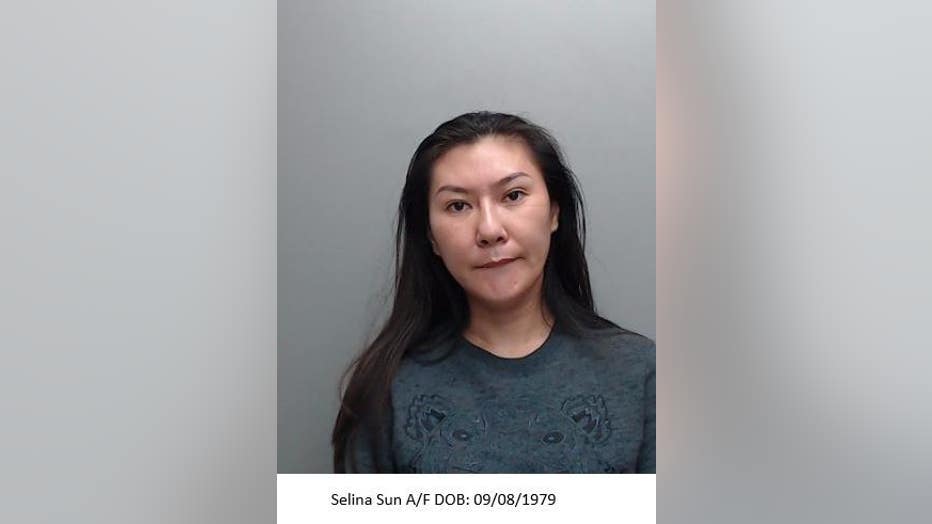 41-year-old Selina Sun was taken into custody late Thursday night and is currently in the Hays County jail on charges of second-degree felony trafficking of persons. (Hays County Sheriff's Office)

A subsequent arrest warrant was issued for the accused trafficker, 41-year-old Selina Sun and a search warrant was issued for her Austin residence. Sun was taken into custody Thursday night and is currently in the Hays County jail on charges of second-degree felony trafficking of persons. A bond has not yet been set.