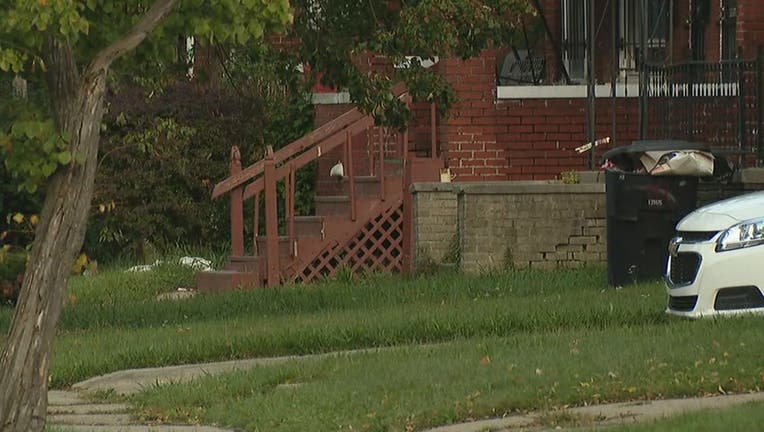 DETROIT (FOX 2) - Detroit police are investigating after a woman was stabbed to death at a home in Detroit, while paramedics were there in another room helping a man who had a heart attack.

Paramedics were called to a home in the 80 block of Arizona around 11:30 p.m. Saturday for a man who was unresponsive after having a heart attack.

While they were rendering aid, another man at the home allegedly took a woman into a bedroom and stabbed her to death. Then he ran out of the home, and is still on the run right now.

Police say the man they're looking for is a black male in his late 20s, about 5 feet 10 inches tall and weighing 250 lbs. He was last seen wearing a black t-shirt with blue jeans.

The woman, who was also in her 20s, was pronounced dead at the scene.

Police don't know of the relationship between everyone right now .

The heart attack victim also did not survive.