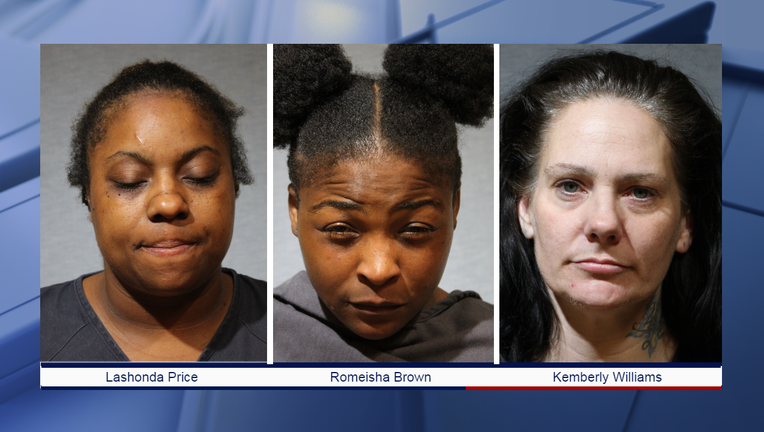 GARLAND, Texas - All three women wanted for kidnapping a toddler in Garland are now behind bars.

Investigators were then able to identify 41-year-old Kemberly Williams and arrested her Thursday morning.

Police said that’s when the women forced their way into a Garland motel room and took a 20-month-old boy from his mother.

Garland police need help finding two of the three women seen on video taking a little boy from his mother's motel room in Garland early Sunday morning. Part of the kidnapping was caught on surveillance video.

The mother chased them into the parking lot and wrote down the license plate number for their black SUV.

Police later pulled the vehicle over during a traffic stop. Price and the child were inside but Brown and Williams were not.

The toddler was safely returned to his mother.

Garland police said they are still actively investigating the case to determine why the women took the child.

They are all now charged with kidnapping.