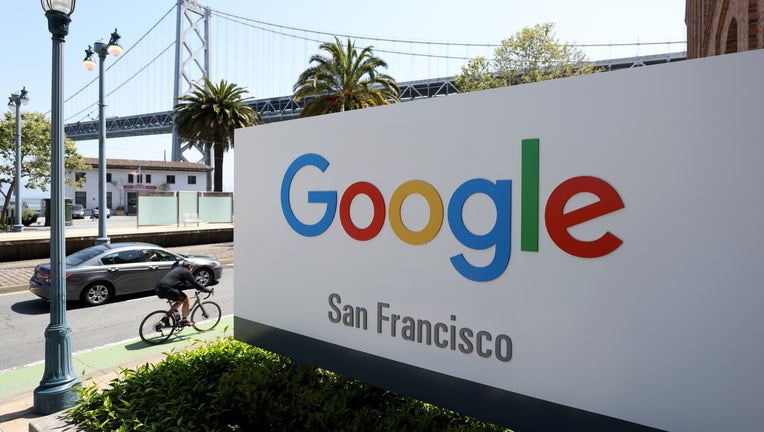 SAN FRANCISCO, CALIFORNIA - APRIL 26: A sign is posted in front of a Google office on April 26, 2022 in San Francisco, California. (Photo by Justin Sullivan/Getty Images)

The search giant announced the changes in a blog post this week, noting that it already allows people to ask for the take-down of sensitive personal information, like bank account or credit card numbers, or in cases of doxxing. Under the expansion, you can ask Google to remove your phone number, email address, physical address and more, like confidential log-ins and passwords.

"The availability of personal contact information online can be jarring — and it can be used in harmful ways, including for unwanted direct contact or even physical harm," the blog reads. "Maximizing access to information while empowering people to be in control of their sensitive, personally identifiable information is a critical balance to strike."

There are some caveats, according to the blog post. If the information is public record and searchable on government or official websites, Google won’t remove the content. And if it’s part of a web page with "information that is broadly useful," like news articles, for example, Google may not grant your request.

Removing content from a search engine won’t take it off the internet. It just won’t pop up when you search on Google. Company officials said users will have to contact host websites if they want the information scrubbed from the web entirely.

The announcement came a day after Alphabet Inc., Google’s parent company, posted its slowest quarterly revenue growth since 2020. Alphabet’s revenue during the January-March period totaled $68 billion, a 23% increase from the same time last year. That was the first time since 2020 that the company has reported a year-over-year revenue gain of less than 30%. The figure fell about $40 million below the average estimate among analysts polled by FactSet Research.

The first-quarter profit drooped 8% from last year to $16.4 billion, or $24.62 per share. That was also below the average analyst projection of $25.47 per share, according to FactSet.

As usual, advertising funneled through Google’s dominant search engine and a vast network that snakes through most of the digital economy. Google’s ad sales totaled $54.7 billion, during the first quarter, a 22% increase from the same time last year.

"Alphabet is facing the same headwinds as the other major digital platforms — with the war in Ukraine and rising inflation added to the comparison against hyper growth quarters during COVID lockdowns, and these results reflect that," said Tom Johnson, chief digital officer for WPP Mindshare, a worldwide media agency.

Ruth Porat, Alphabet’s chief financial officer, appeared to be preparing for another quarter of sluggish growth during the current April-June period by reminding analysts during a conference call late Tuesday that the company posted a 62% gain last year. That, she said, will make for a "tough" comparison that will be compounded by Google’s suspension of operations in Russia in protest of its invasion of Ukraine.