The team says it has entered into a landmark, multiyear stadium naming rights partnership with Austin-based Q2 Holdings which is a leading provider of digital transformation solutions for banking and lending. 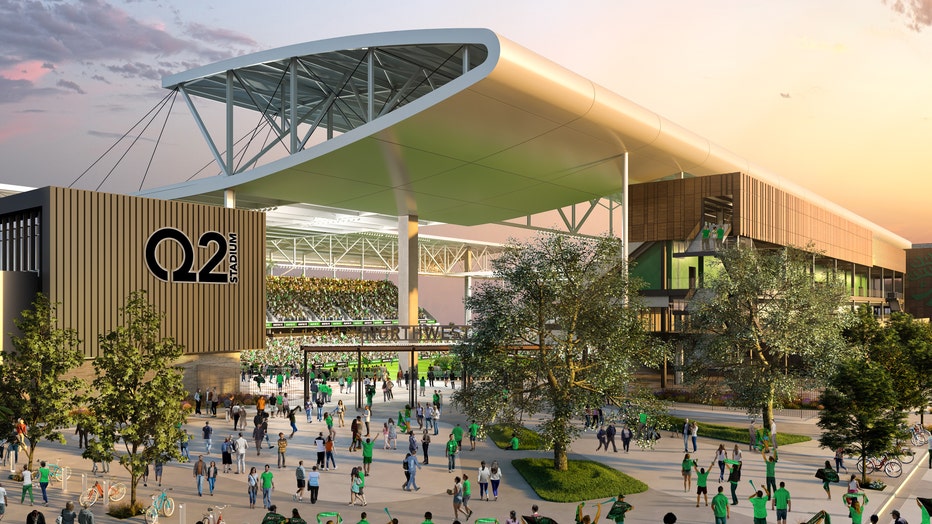 "Establishing a long-term stadium naming rights partnership with an Austin-based company that is committed to using this platform to give back to the community was the Club’s top priority," said Andy Loughnane, Austin FC President, in a news release. "Q2 Stadium holds the distinction of being the first and only major league venue in Austin, and Austin FC is exceptionally proud to begin our MLS journey with Q2 as our partner and Q2 Stadium as our home."

Q2 Stadium has 20,500+ seats and is one of 20 soccer-specific stadia within MLS in 2021. Construction continues on the stadium but officials say it remains on schedule to be completed in Spring 2021.

As part of the deal, Q2 becomes the Official Community Partner for Austin FC and its sponsorship will feature the creation of several innovative community-giving platforms, including the implementation of an annual campaign in which approximately $150,000 will be allocated by Q2 and Austin FC to deserving local non-profit organizations.

Q2 and Austin FC will also activate the "Dream Starter Competition," allowing innovative Austinites the opportunity to compete for valuable seed funding for the launch of an entrepreneurial venture. The program, slated to begin in 2021, will provide the winner with "Dream Starter Funds" equal to $100,000 to jumpstart and/or accelerate a business plan. Further details related to both the annual campaign and "Dream Starter Competition" initiatives will be announced in the upcoming months.