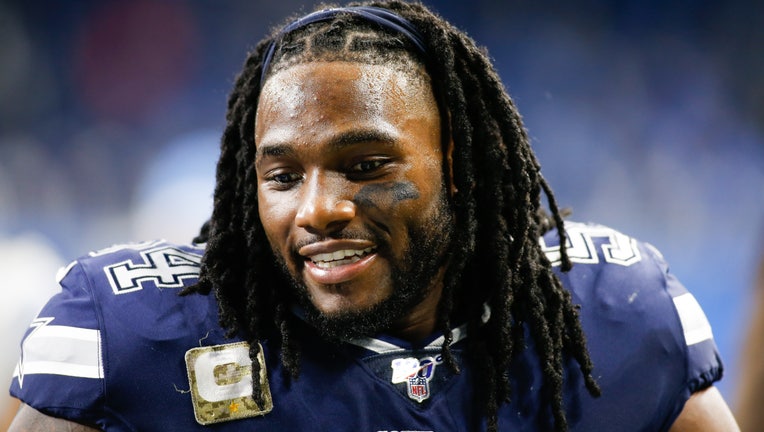 DETROIT, MI - NOVEMBER 17: Dallas Cowboys linebacker Jaylon Smith (54) walks off of the field at the conclusion of a regular season game between the Dallas Cowboys and the Detroit Lions on November 17, 2019 at Ford Field in Detroit, Michigan. (Photo

DALLAS - The Dallas Cowboys announced they have cut ties with linebacker Jaylon Smith.

Smith was in his fifth NFL season. He was a second-round pick from Notre Dame and rebounded from a devastating leg injury that ended his college career to put together a couple of solid seasons for the Cowboys.

But Smith’s playing time was significantly reduced this year with new defensive coordinator Dan Quinn in charge. And with the team adding several players, including rookie Micah Parsons, Smith had just one tackle in Sunday's Cowboys win over Carolina.

The NFL Network reported the team tried to trade Smith but could not work out a deal. So instead, the Cowboys released him.

He'll get his $7.2 million of guaranteed money this year, so the move does not help the Cowboys under the salary cap.

But this does get the Cowboys out of a potential money problem next year when Smith was guaranteed $9.2 million, and that included a guarantee if an injury were to keep him from making the roster.