Both were hired at the end of June, following the departures of Rick Carlisle and Donnie Nelson.

This is Kidd's third team as an NBA head coach after coaching the New Jersey Nets and Milwaukee Bucks. He spent the last couple seasons as an assistant coach for the Los Angeles Lakers.

Kidd was drafted by the Mavericks, won NBA Rookie of the Year, before being traded away, and returning to Dallas 11 seasons later to play for the Mavs during the 2011 championship season.

He said it was a "dream come true" to be back in Dallas as a coach.

"What an incredible journey. To be drafted, to win Rookie of the Year, to win a championship, and then to come back to be the head coach, to have this opportunity to empower our young players on and off the floor," Kidd said. 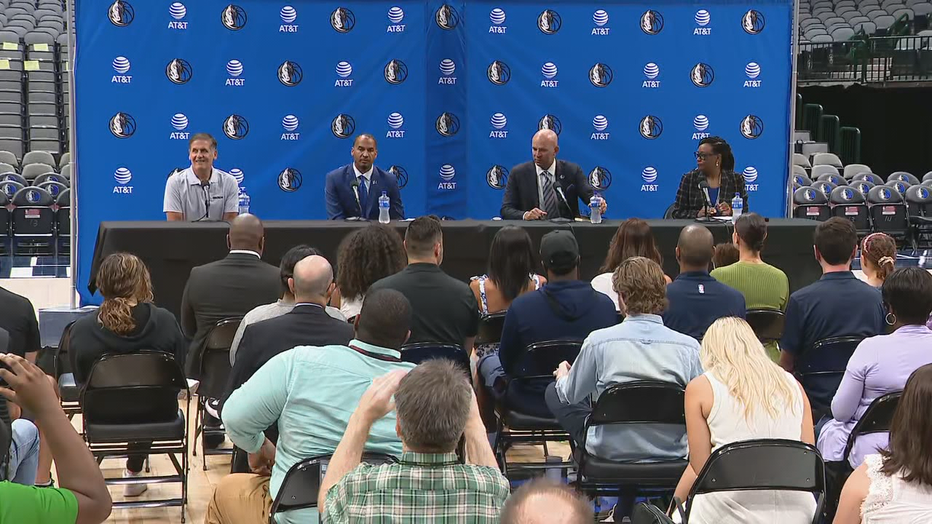 Harrison is a former Nike executive making the switch to an NBA front office position for the first time.

"My approach is really simple. It's going to be about serving leadership, the kind that empowers the team and the staff to be at their best," Harrison said.

Both Harrison and Kidd gave high praise to Mavs star point guard Luka Doncic, pointing out that he is only 22 years old and their priority is to develop his role as a team leader.

One moment of note from the press conference was Mavs owner Mark Cuban refused to say whether Haralabos Voulgaris is still on the team's payroll.

Voulgaris came into the spotlight just before the departures of Carlisle and Nelson, after an article in The Athletic detailed an apparent power struggle and dysfunction in the basketball operations side of the Mavericks front office.

The story said Nelson was growing frustrated as Voulgaris, an analytics guru hired by Cuban, was essentially acting as a "shadow" general manager.