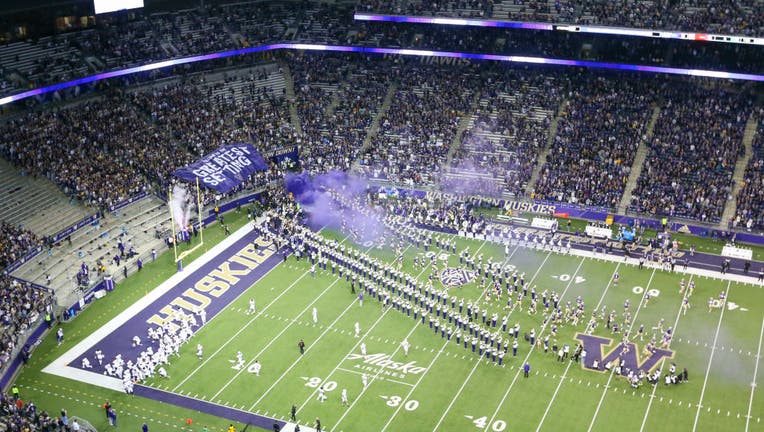 SEATTLE, WA - SEPTEMBER 24: Washington players run out from Husky tunnel onto the field during a college football game between the Washington Huskies and the Stanford Cardinal on September 24, 2022 at Husky Stadium in Seattle, WA. (Photo by Jesse Bea

SEATTLE - The University of Washington Football and Seattle Seahawks games were briefly delayed over the weekend because of a drone that flew over the stadiums.

During Saturday night’s Washington-Stanford game, play had to stop because of a drone flying over Husky Stadium.

Crews with FOX Sports said it didn’t belong to its production.

According to the Seattle Times, UW head coach Kalen Deboer said on Monday the drone was not owned or affiliated with the university’s athletic department.

At Sunday’s Seahawks game, both Falcons and Seahawks players were told to go to the sidelines as the drone issue got figured out. At the time, Atlanta was leading, 27-23, with 6:42 remaining in the game. The delay was about eight minutes.

It’s unknown if the two incidents are connected and who owns the drones. 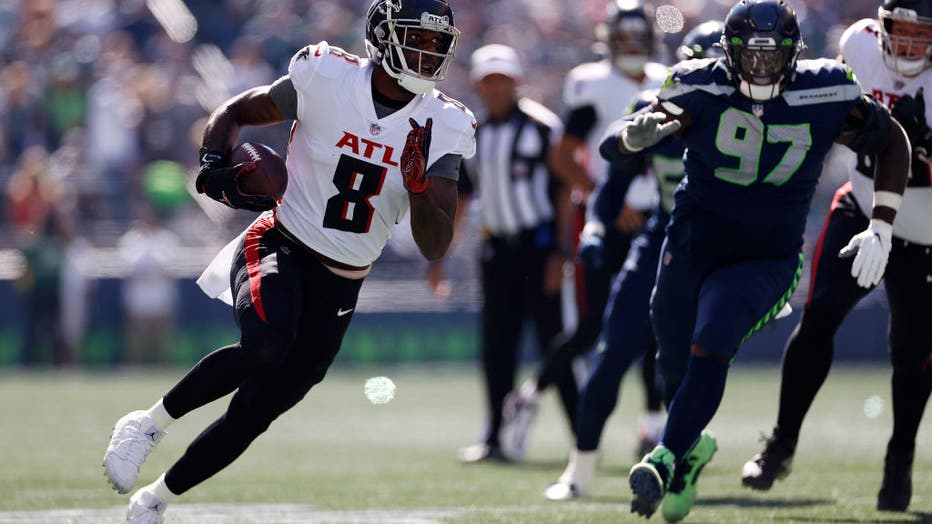 SEATTLE, WASHINGTON - SEPTEMBER 25: Kyle Pitts #8 of the Atlanta Falcons runs with the ball against the Seattle Seahawks during the first quarter at Lumen Field on September 25, 2022 in Seattle, Washington. (Photo by Steph Chambers/Getty Images)

According to the Federal Aviation Administration, flying drones in and around stadiums that seat 30,000 people or more is prohibited by law beginning one hour before and ending one hour after the scheduled time of any of the following events: Major League Baseball, National Football League,  NCAA Division One Football games, NASCAR Sprint Cup, Indy Car and Champ Series Race.

FOX Sports contributed to this report.