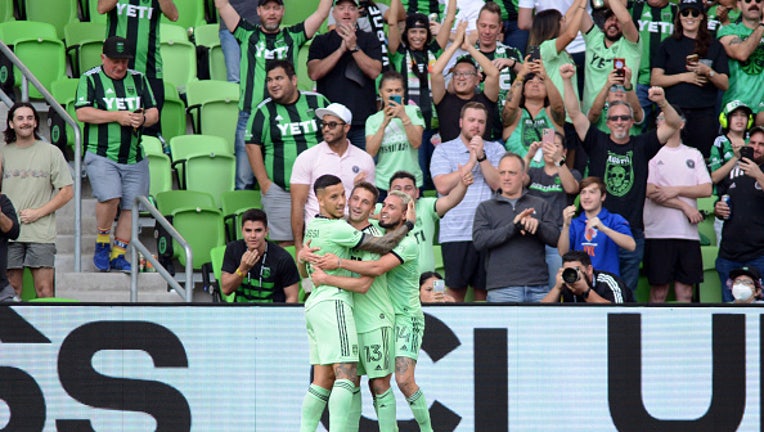 AUSTIN, Texas - The view from near the top certainly looks much better to Austin FC.

After finishing their 2021 debut near the bottom of Major League Soccer’s Western Conference, the second go-round has been quite a turnaround.

Austin is in second place in the standings, is second in the league in scoring behind hot-footed Argentine forward Sebastian Driussi, and has proven it can do what the best teams can: win on the road. The club also announced Friday a three-year contract extension for head coach Josh Wolff through 2025.

But there are critical days ahead. Seven of the next nine games are on the road, starting with a key two-game swing that begins Saturday night at Real Salt Lake before a match with conference leader LAFC four days later. Points earned in both places would solidify Austin as a title contender as they move forward.

And back home there are some fractures underneath the veneer of fun: forward Cecilio Dominguez has returned from a five-game suspension amid team and league investigations of an alleged domestic dispute, and some vocal parts of the fan base have yet to welcome him back.

Dominguez, a former Paraguayan national team player and the club’s first designated player signing, was suspended from all team activities by MLS on April 8 after the team reported a situation involving his ex-partner at a residence. Police were called to the scene, but Dominguez was not arrested and no charges were filed.

Dominguez sat while the league and team investigated. He was reinstated last week with league orders to undergo counseling. The club had to take him back under terms of the league’s collective bargaining agreement.

His status as one of the team’s most popular players is now clearly in jeopardy. Dominguez didn’t play in last week’s 0-1 home loss to the LA Galaxy, and the issue has polarized some in the fan base. Although some support the club’s handling of the matter, two of the main fan groups protested his return by observing 10 minutes of silence during the match, and with banners decrying domestic violence and publicizing a victim hotline. Dominguez wears No. 10.

Dominguez has not spoken publicly on the matter. 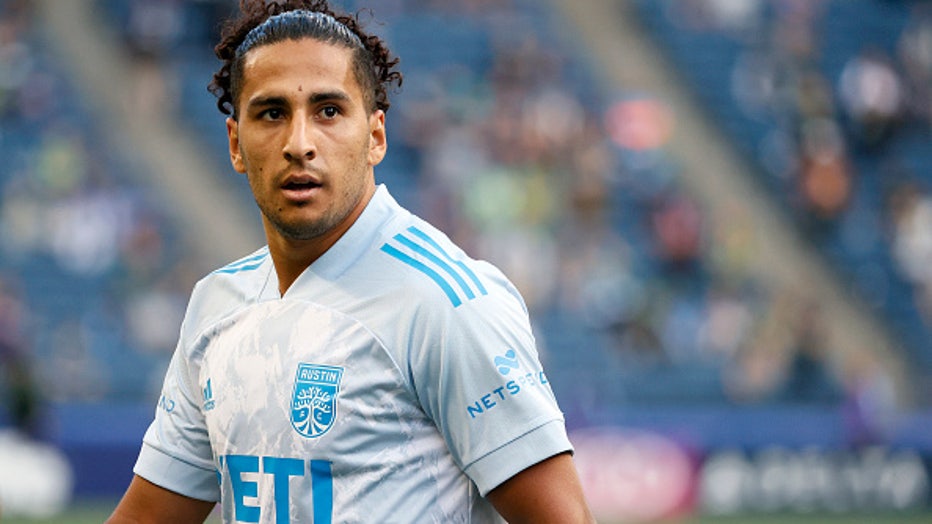 Cecilio Dominguez #10 of Austin FC looks on during the second half against the Seattle Sounders at Lumen Field on May 30, 2021 in Seattle, Washington. (Photo by Steph Chambers/Getty Images)

The tension is a new pressure point for a club that has enjoyed rowdy support from a passionate fan base since its launch. The team is on a run of 23 consecutive home sellouts — the longest streak in MLS — at 20,000-seat Q2 Stadium. And despite the Dominguez controversy, the place was still packed in near 100-degree heat last Sunday.

"Everyone is entitled to their opinion," Wolff said. "The league reinstated Cecelio and we move forward. ... In time we’ll see what happens with Cecilio."

Wolff said Dominguez likely won’t play during the road swing. He also said Austin has strong chemistry in the locker room and on the field that likely won’t fracture.

"I think we have a very strong (team) culture," Wolff said. "As soon as he’s mentally and physically ready to play, he’ll be back on the field. ... We’ve got great fans in this city. It’s not just the supporter groups. Our community is tremendous. We’re proud of that."

"We are professional, training, how it should be," Cascante said. "We just keep working and thinking of the team."

Driussi has been the club’s top offensive weapon in the meantime. He is tied for the league lead with seven goals and has three assists. He was the MLS player of the month for April.

Austin (6-2-2) went 4-1-1 in April, including four league victories. The only blemish came in a U.S. Open Cup loss at San Antonio.

Driussi scored four goals in that stretch, including a match-leveling strike in the 85th minute in a rally at DC United, and the winner on the road at Houston.

Those two road wins showed a maturity and fight Austin didn’t have in its first season. Austin trailed DC United 2-0 before rallying for three goals in 10 minutes. At Houston, they were down 1-0 after five minutes before rallying again.

The win at DC United cleared a big hurdle for the club. After the whistle blew, Wolff punched the air and let out an emphatic "Yeah!" as he left the field.