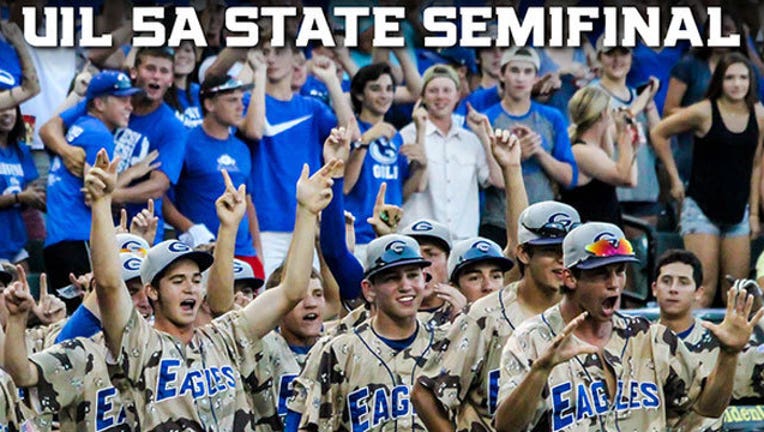 Surely the program's first ever State Tournament showing would bring over 6500 fans.

It was the rowdy scene in Georgetown about 2 and a half hours before game time.

No need to bus out too early considering Dell Diamond is a mere 16 miles away for the Eagles.

Their opponent Aledo had to cover about 200!

The crowd was a sea of blue and white!

7,047 in attendance, officially the biggest crowd to ever watch a high school game at dell diamond.

After a TJ Raguse triple....

He comes in on the first of four Aledo errors!

In the 3rd Texas A&M signee Jordan Janca triples in Raguse, then scores on a throwing error.

They will advance to tomorrow's State Championship game against prosper in Primetime @ 7pm.