Plano's Kellyn Acosta is on the verge of realizing his World Cup dream.

LOS ANGELES, CA - Plano's Kellyn Acosta is on the verge of realizing his World Cup dream.

Acosta, who is now a midfielder for LA FC in the MLS, remembers how he envisioned his World Cup dream moment while kicking around a soccer ball in the backyard as a kid growing up in North Texas.

"It just started off in the backyard. We always talk about a shot clock. There's five seconds left, 90th minute, you know, game-winning free kick. Scoring the goal, winning, the crowd going wild," reminisces Acosta. "You talk about these things as a kid, right? And to almost be there and to feel this experience come to life is just kind of a surreal feeling."

Acosta feels confident he will be selected as one of the 26 players for the USMNT's final roster that will head to Qatar for the 2022 World Cup that starts in November.

But It's been a long road for Acosta and not a straight path to this moment. Growing up in Plano, Acosta came up through the FC Dallas academy. After making his MLS debut as an 18-year-old, he played parts of six seasons for FCD before being traded. After time with Colorado, Acosta was traded again before the 2022 MLS season to LA FC.

His time with the USMNT began in 2016 and Acosta was on the brink of the World Cup in 2017 when disaster struck. Kellyn was on the field as the U.S. lost in a shocking upset to Trinidad and Tobago in qualifying, 2-0. With the loss, the USMNT wound up not qualifying for the 2018 World Cup.

"Being that close to accomplishing your dreams and falling short, it was just gut-wrenching," said Acosta. "I remember the day vividly and it's just one of those things that I never want to relive."

When the next World Cup cycle began with Gregg Berhalter as the United States's new head coach, Acosta was not a part of the national team at all for two years.

"It's kind of in your head where I really missed my chance," said Acosta. "The World Cup was right there."

"Now it's a new cycle [and] now I'm out of the team, and so I'm like, ‘Maybe this opportunity will never come again.’"

Eventually, when Berhalter and his staff gave Acosta another chance, Kellyn took advantage. Acosta wound up playing in 13 World Cup qualifying matches for the U.S.

In hindsight, Acosta is glad for having to earn his spot back on the team the way he did.

"It helped me grow a lot and I really learned a lot about myself," said Acosta. 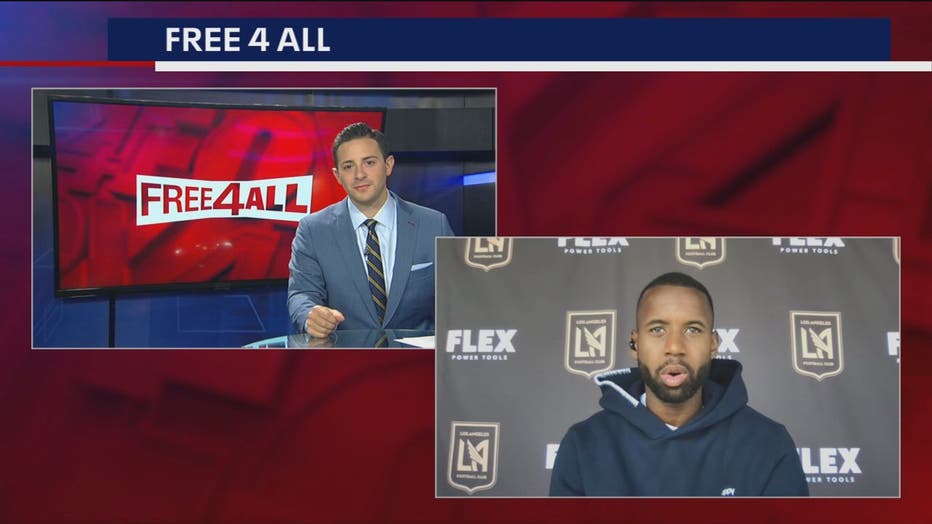 Plano's Kellyn Acosta is on the verge of realizing his World Cup dream.

Now that his backyard dream is close, Acosta and the rest of the national team players understand the responsibility they foot. How the team fairs in Qatar can have a massive impact on if young kids in this country decide to adopt the same World Cup dream.

Their showing is especially important, on the heels of the United States co-hosting the World Cup in 2026.

"If we have a good showing in Qatar I think it would just be positive," said Acosta. "Just keep building more and more attention in the U.S. and the sport will continue growing, and there's going to be more and more anticipation for 2026."