Kit Karbler recalls the surprise delivery, which was partially caught on camera by his home security system. (KDVR video via FOX)

DENVER - Every player on the Stanley Cup-winning team gets to have the cup for a day. This year, it's all the players on the Colorado Avalanche.

But when it was Avalanche captain Gabriel Landeskog's turn, the cup took a detour.

The iconic trophy was delivered to a random person in the same neighborhood where Landeskog lives, who has an address that's similar to the Avalanche captain's.

"And a fella comes to the door," homeowner Kit Karbler recalled. "He's got long, kinda gray hair, parted, and he's very friendly: 'Hi. How are ya?'  And I'm, like, 'Hi.' And he's, he comes right in. And they're lookin,' the truck is backed up, and they're lookin' to bring in the trophy."

Video from Karbler’s home security system showed his surprise: "Is that the Stanley Cup?"

"He opened it up, all the way, and said, 'Go ahead.'  I lifted it up. I couldn't believe how heavy it was.  I ran my fingers over the engraving."

Although Karbler took a photo of the cup, he says he didn't think, at the time, to take a picture of himself with the championship trophy. 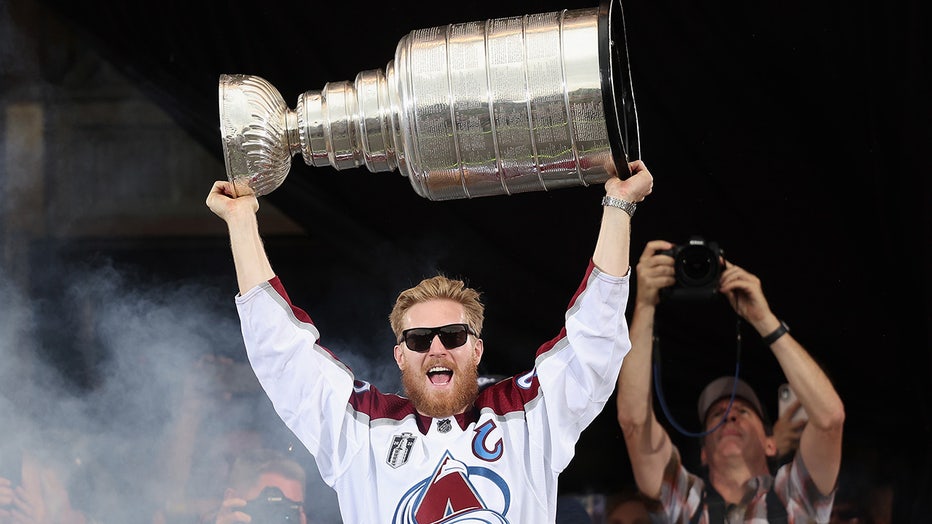 The cup, meanwhile, was on full display during Thursday’s parade to celebrate the championship in Denver – safely in the proper hands.

"I knew we had Avalanche players that lived in the neighborhood, but I didn't know how close," Karbler added.

FOX 31 in Denver contributed to this report.