After winning two Stanley Cup championships, the Tampa Bay Lightning are finally at the White House to be honored for back-to-back Stanley Cup Championships.

WASHINGTON, D.C. - After winning two Stanley Cup championships, the Tampa Bay Lightning are finally at the White House to be honored for back-to-back Stanley Cup Championships.

Their visit will take place Monday at 2 p.m., one day after their big wins over the Florida Panthers in South Florida on Sunday evening and the Nashville Predators Saturday.

It's the first time for the Bolts to visit the White House, even though they won a total of three Stanley Cups. 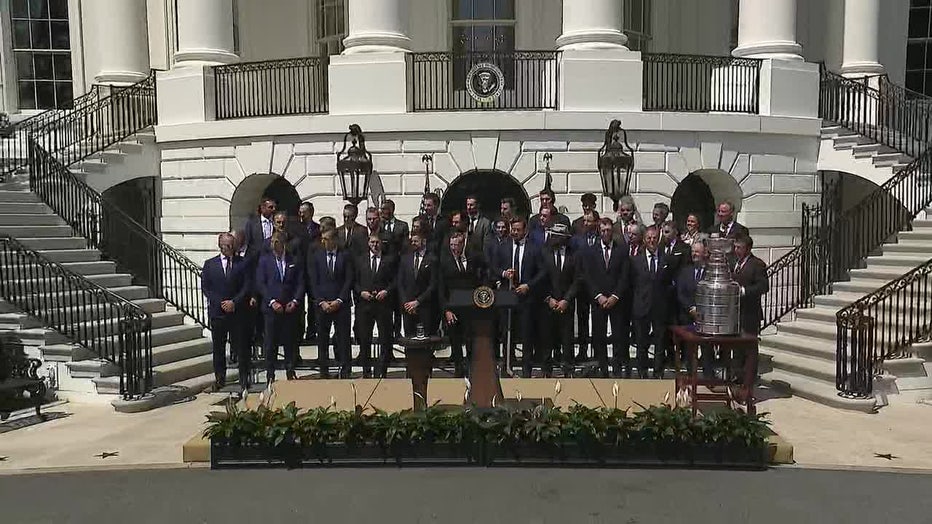 After the 2003-04 season win, a lockout occurred. Now, as they head into the playoffs, they will finally get their chance after the pandemic delayed the opportunity.

President Joe Biden avoided politics during the appearance outside the White House. It was a rare sports break for the president amid his administration's response to Russia's war in Ukraine.

The president cracked jokes about captain Steven Stamkos but made little mention of other players. There were no notable boycotts by Lightning players, who made an extra trip to Washington just for this occasion.