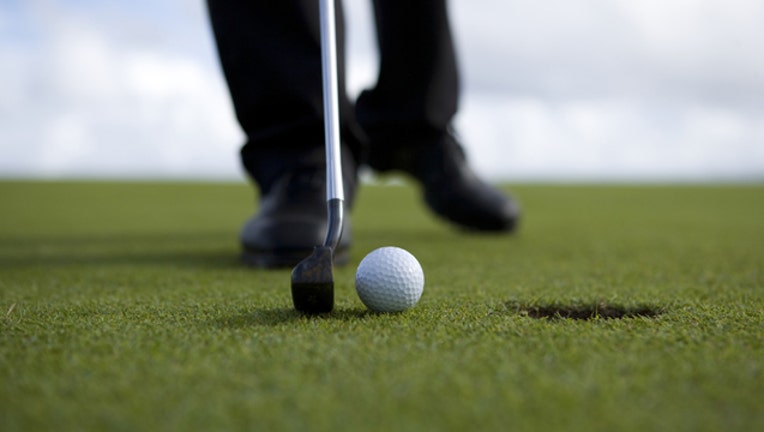 CHASKA, Minn. (AP) — Patrick Reed shook his fists with fury for every big putt he made. Phil Mickelson leaped higher than when he won his first Masters. Ryan Moore delivered the final point in this American masterpiece Sunday at the Ryder Cup.

The 17-11 victory over Europe was their biggest rout in 35 years at the Ryder Cup.

Only this was more than just three days of exquisite golf at Hazeltine. This victory began two years ago in Scotland, when Phil Mickelson publicly criticized U.S. captain Tom Watson and a process that he felt put the Americans in position to fail far too often.

"When put in the right environment, the U.S. team brought out some amazing golf," Mickelson said. "And we're bringing back the Ryder Cup because of it."

Sure enough, that 17-inch gold trophy was gleaming on a table, right next to a couple of champagne bottles on ice.

This wasn't about being maybe the best team ever assembled.

Four years after Davis Love III saw his team blow a 10-6 lead at Medinah, he watched them make more birdies and eagles than he could count as they filled the scoreboard with American red and took any suspense out of the outcome.

"There was a lot of pressure on these guys over the last couple years," Love said. "We haven't had a good run lately, and I'm thrilled for them that they got the win. ... This team has been questioned and beat up for a long time, and I'm proud of the way they came together."

Europe, going for its fourth straight victory, never really had a chance.

Reed outdueled and outshouted Rory McIlroy in a match so dynamic that they halved three straight holes with birdies. McIlroy holed a 60-foot putt up the slope on the par-3 eighth and cupped his hand to his ear to a loud an occasionally obnoxious crowd. Reed followed with a 35-foot birdie putt, wagging his finger at McIlroy. They bumped fists and patted each other on the back. McIlroy's putter went cold, and Reed holed a 7-foot birdie putt on the 18th hole to secure the 1-up victory.

Mickelson and Sergio Garcia combined for 19 birdies, eight of them over the last five holes. Mickelson made an 18-foot birdie on the final hole, crouched and then leaped in the air, capping off a big week under more pressure than usual because of his strong voice in all these changes.

One of the changes from the Ryder Cup Task Force that Europe mocked was to spread out the captain's picks until the very end. The last one went to Moore, who was added to the team only last Sunday. A week later, he was celebrating a 1-up victory over Lee Westwood that clinched the cup.

"You're only as strong as your 12th man right there," Brandt Snedeker said to him.

There wasn't much Europe to do. Thomas Pieters had the best showing of any European rookie by going 4-1. That was a lone bright spot.

"They did everything I asked of them. They tried their heart out. They worked hard. They fought hard," European captain Darren Clarke said. "The American Ryder Cup team deserved to win. And we're all gutted and disappointed. And we will be back stronger to fight in two years' time in Paris."

Mickelson already was looking ahead.

He had said the work of the task force — primarily for players and former captains to have more input in an event run by the PGA of America — was not about this year but the next 10 years of the Ryder Cup.

Even so, it was sweet to see that trophy just a few feet away.

"We need to build on this," Mickelson said. "Otherwise, it's all for naught. We created a very solid foundation this year. ... Yes, it's great that we had success this week, but it's not about one year or one Ryder Cup. It's about a multitude, for decades to come."

About that time, Love popped the cork off a bottle of champagne.

"That's my cue to shut up," Mickelson said.

He spoke volumes in Scotland, and on the golf course.

The Americans stood atop a bridge to the left of the 18th green and sprayed champagne on themselves and the crowd, an enormous gathering that sent endless cheers of "U-S-A" and "Red, white, blue" across Hazeltine for three straight days.

Every U.S. player contributed a point.

For Europe, Westwood was among four players who ended the week without a point.

The Ryder Cup Task Force was dismantled after Love was named captain for the second time, though Mickelson and Tiger Woods remain on a committee for the next Ryder Cup in 2018 in France. Europe has not lost consecutive Ryder Cups since 1993.