"We earned this," Holmes said. "We deserve this, because of our daily habits."

Caleb Grill contributed 17 and Osun Osunniyi finished with 11 points and seven rebounds for the Cyclones (14-3, 5-1 Big 12).

"There is a rugged toughness to how we do it," Iowa State coach T.J. Otzelberger said. "But there is a togetherness and a unity that are at a really, really special level with this group."

Texas (15-3, 4-2) was undone by a second-half scoring drought that lasted nearly 4 1/2 minutes. Iowa State responded with an 8-0 run to seize control. 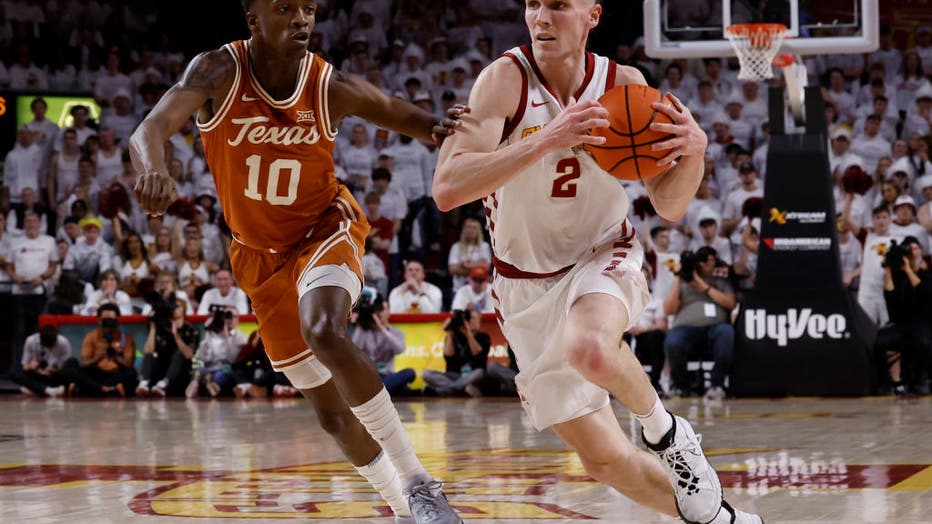 The Longhorns went 9 1/2 without making a shot from the floor.

"They made plays down the stretch," Texas interim coach Rodney Terry said. "T.J. had his team ready to play today. Just a highly competitive game in the Big 12."

The Longhorns’ Tyrese Hunter scored 10 points - all in the first half - in his return to Ames, after transferring from Iowa State. Hunter was greeted with boos and an occasional obscene chant from the student section.

He responded with six quick points, matching his scoring mark from his previous three games.

"We’re Texas. We get everybody’s big game," Terry said. "We looked at it like ‘you know what, it’s another opportunity to compete at the highest level.’ (Hunter) attacked it the same way."

The Longhorns went on to build a 29-18 lead, before Iowa State answered with a 10-0 run, sparked by 3-pointers from Kalscheur and Grill.

"The first 10 minutes, they were the aggressor," Otzelberger said. "That last 30 minutes, how we competed defensively, is the club we are and who we need to be for 40 minutes."

Iowa State moved into a three-way tie atop the Big 12 standings with Tuesday’s win. The finish came about 30 minutes after Kansas’ 83-82 overtime loss at Kansas State, handing the Jayhawks their first conference loss.