Carr’s off-balance 3-pointer to beat the shot clock early in the second half started a 20-4 Texas run that pulled the Longhorns out of a 10-point deficit. Texas had rallied from 18 down against TCU a few days earlier, the program’s biggest comeback victory in a decade.

Brock Cunningham’s 3-pointer with 1:09 to play put Texas ahead 63-58 and Timmy Allen followed with a three-point play. Rice, whose 3-pointer pulled Texas even in the rally, combined with Carr to make four three throws over the final 15 seconds to close out the victory. 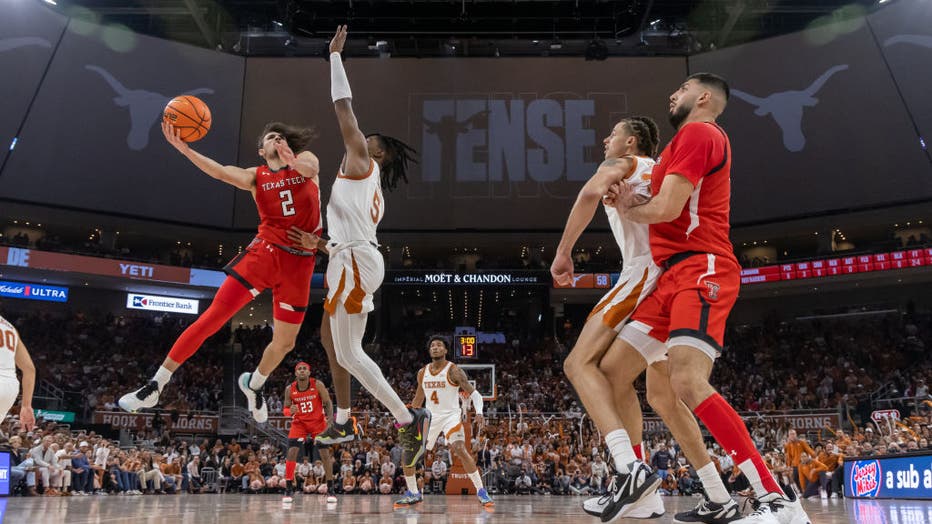 "We knew this was going to be a tough game We were going to get their best game," Texas coach Rodney Terry said. "We were just a little timid to start."

Pop Isaacs scored 23 points to lead Texas Tech (10-7), which played better after a 34-point loss at No. 14 Iowa State, but still fell to 0-5 in conference play for the first time since 2015. A season after reaching the NCAA Tournament Sweet 16, the Red Raiders share the Big 12 basement with West Virginia.

"Our record doesn’t show who we are," Red Raiders guard Jaylon Tyson said. "We’ve been in a lot of games we could have won."

Texas Tech: The Red Raiders will rue a missed chance at a big upset, but they may yet get a boost out of this one for the rest of the season. Transfer 6-foot-11 forward Fardaws Aimaq played his first game after a preseason foot injury. Last season’s Western Athletic Conference player of the year at Utah Valley, he had 12 points and five rebounds in 28 minutes, but also had a key turnover late.

"He brought so much more to us in versatility," said Tyson, who had 12 points and 14 rebounds. "He’s going to help us tremendously."

Texas: The Longhorns have survived a run of poor play in the first half of several games. The struggles have come with a rash of early turnovers and defensive lapses. Texas had nearly as many turnovers (seven) as baskets (nine) in the first half as the Red Raiders took a 34-25 lead into the break.

"I wouldn’t say we’re a second half team. We’re not trying to get off bad starts," Carr said. "We know, especially on the road, you can’t dig yourself in hole. I do like we’re still able to fight."

Texas Tech got to the free throw line twice in the final four seconds and trailing by three both times. In each case, the Red Raiders shooter had to make the first and miss the second, hoping for a rebound and a chance to tie. Tyson and De’Vion Harmon both made their first shots, but both times the rebound off the missed second shot went to Texas.

Rice continues to play the role of second-half scorer and ultimate sixth man. He’s scored 30 points in the second half of the past two games.

Starting guard Tyrese Hunter’s production, however, seems to be falling off. Hunter had no points and one assist against Texas Tech and has just 11 points in the last three games.

"He’ll find his groove. He’s too good of a player not to," Terry said. "He’ll be playing at a high level when we needed him to play at a high level."

Texas plays at No. 14 Iowa State on Tuesday.