The Wildcats poured in 58 points in the first half behind 64% shooting and eight 3-pointers. Kansas State then held off a Texas rally as the Longhorns made 11 consecutive shots in the second half and shaved a 20-point deficit under 10 with just under five minutes left.

"We wanted to be aggressive the first five minutes," said Nowell, who was one assist shy of being the first Kansas State player with at least 30 points and 10 assists. "We’re a really dangerous team when we get it going downhill."

And they never let up, especially in the second half as the teams traded basket after basket. 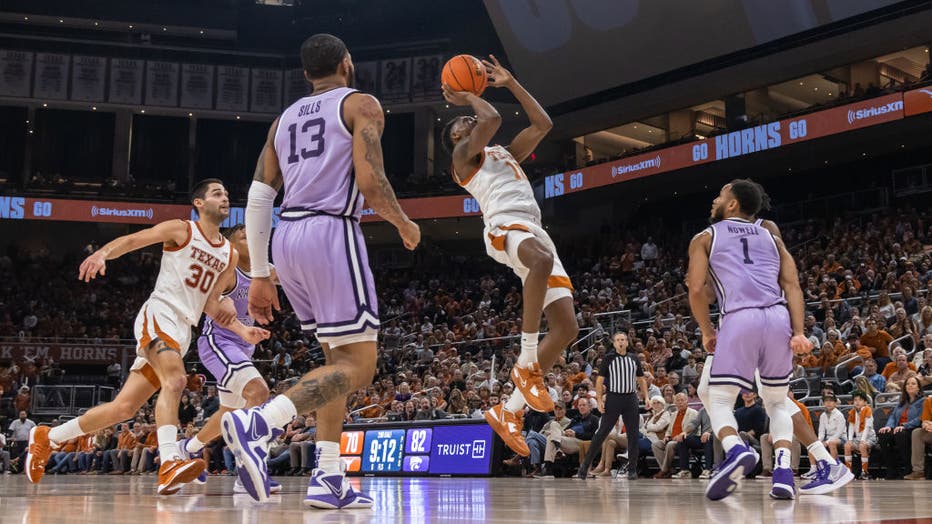 Nowell and Kansas State also showed enough poise to get the big shots they needed late to close out the win. Nowell’s two free throws with 3:23 remaining made it 100-88 before he swished a step-back 3-pointer on the next possession to put an exclamation point on the night for the Wildcats.

Keyontae Johnson added 28 points and nine rebounds for the Wildcats (13-1, 2-0 Big 12), whose free-flowing offense with Nowell leading the way found just about any open shot the team wanted. Nowell came into the game No. 2 nationally in assists, and his shifty drives and nifty passing had Texas defenders looking for the ball all game.

"People who complain about scoring in college basketball, I think they got to see a whole bunch of scoring tonight. Those of us who consider ourselves defensive coaches? It was a headache," Tang said. "But it was a lot of fun."

The scoring display is sure to grab the attention of the rest of the Big 12.

"Every game is a statement game for us," Johnson said. "We were picked last in the conference. We have to keep proving people wrong."

Tyrese Hunter scored 29 points and Marcus Carr had 27 for the Longhorns, handed their first loss in their new arena, the Moody Center.

Kansas State also sent the Longhorns (12-2, 1-1) to their first loss since head coach Chris Beard was suspended indefinitely without pay following his Dec. 12 arrest on a felony family violence charge. Assistant coach Rodney Terry has been acting head coach since then and had led Texas to five straight wins, including a victory at Oklahoma in the Big 12 opener.

The 116 points were the most Texas has permitted in a Big 12 game.

"We’ll work hard to get a lot better defensively," Terry said. "(Nowell) put his will on the game."

Sir’Jabari Rice’s three-point play pulled Texas to 77-65 with 11:28 to play and a Longhorns rally was on. A block by Rice against Nowell set up another Longhorns 3-pointer. But the Wildcats kept answering, usually behind Nowell.

"Every time the crowd got into it, our guys were able to silence it," Tang said. "That was huge."

Texas has smothered a lot of opponents with aggressive defense that often leads to turnovers and points in transition. Kansas State committed just 12 turnovers, though, and only three in the second half. That sort of ball control kept the Longhorns from getting extra possessions. Texas scored just nine points off K-State turnovers.

"This was a game where both teams’ players were making big shots," Tang said. "As long as you don’t turn it over, the ball is going in the hole."

Kansas State: Made 31 of 33 free throws to maintain a comfortable cushion in the second half.

Texas: Beard's employment with UT was terminated on Jan. 5. His legal case is scheduled for its first court hearing on Jan. 18. His fiancée issued a Dec. 23 statement saying he did not choke her during the Dec. 12 incident, contradicting what the arrest warrant affidavit said she initially told police. Beard’s attorney has said the coach is innocent.

Kansas State plays at No. 19 Baylor.