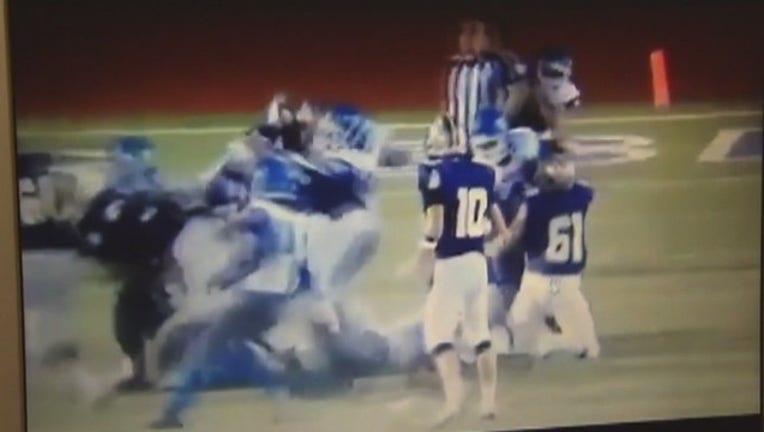 DALLAS (AP) — Two Texas high school football players say a coach told them to strike a referee during a game because of missed calls that had hurt the team.

During an appearance Friday on ABC's "Good Morning, America," the players for Jay High School in San Antonio also repeated earlier claims that the ref had used racial slurs.

Victor Rojas says he was just doing what he was told.

Video from the game against Marble Falls earlier this month shows Rojas blindsiding Watts, and Moreno diving on top of him.

Watts has denied using any slurs.

The suspended players didn't name the coach Friday. Assistant coach Mack Breed has been suspended by the Northside school district pending an investigation.