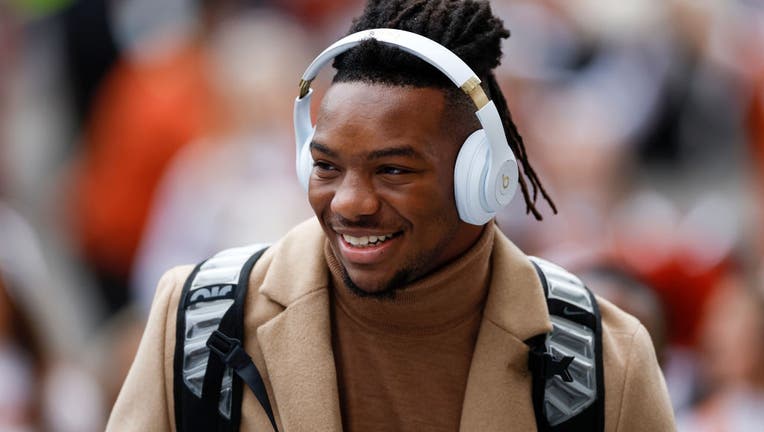 AUSTIN, TEXAS - NOVEMBER 25: Bijan Robinson #5 of the Texas Longhorns arrives to the stadium before the game against the Baylor Bears at Darrell K Royal-Texas Memorial Stadium on November 25, 2022 in Austin, Texas. (Photo by Tim Warner/Getty Images)

"I appreciate the guys that I compete with on Saturdays. You know, Blake (Corum) and Chase (Brown) are great running backs, who are huge parts of their teams. I just appreciate the way those guys go about their business. But it's just a blessing being in the conversation of the Doak Walker Award," said Robinson.